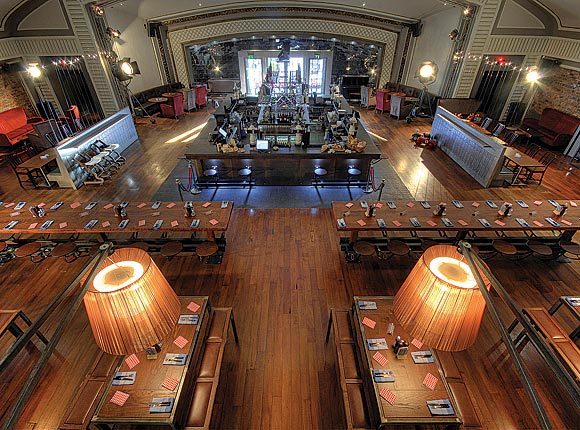 Surface beat competition from five London projects to win the ‘pub’ category for its work on Stravaigin in Glasgow’s west end. It also picked up the top award in the ‘multiple bar or club’ category for the interior of G1 Group’s Grosvenor Cafe, also in the west end of Glasgow.
“Being the only Scottish design company to have won, against the larger London-based companies, is testament to the fact that there is talent in Scotland,” said Surface ID director Iain McArthur.
The awards took place at the East Wintergarden, Canary Wharf, and received some 330 entries from architects, designers and hospitality operators.