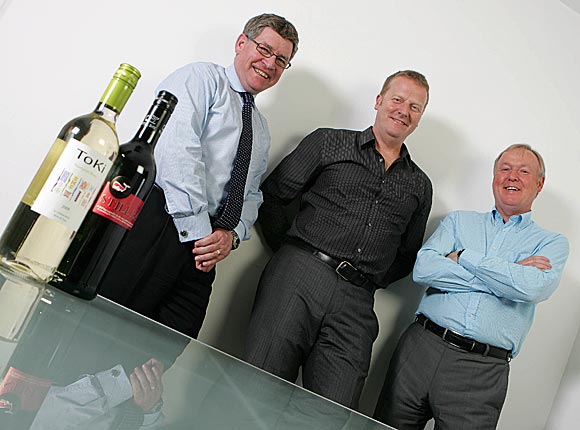 NOTHING stands still in the Scottish drinks industry. It’s what makes it such a compelling sector to cover.
Take the wave of consolidation across the wine supply scene in the past few years.
As well as the spree of takeovers undertaken by Wine Importers since its acquisition by the Murray Group in 2006, with TM Robertson, Cockburns of Leith, Harris Fine Wines and Irvine Robertson now under its umbrella, we have seen Forth Wines, WaverleyTBS and, most recently, Inverarity Vaults change hands, the latter being snapped up by Wm Morton.
While it is not always the case with takeovers, it can be argued that the Scottish trade and perhaps the country in general has benefited from these deals.
Apart from Waverley, which Heineken sold to a private equity concern based down south, the merchants in question have all stayed within Scottish ownership, with their new owners retaining their identities (in the short term at least). There has been little evidence, to my knowledge, of job losses as a result of the mergers (though Waverley had trimmed 300 jobs and closed ten depots under a restructure before its sale), or of disruption to the service they provide.

In fact, as we report in our wine feature in this issue, suppliers insist their customers are better off as a result of the consolidation.

It can be argued the Scottish trade and perhaps the country has benefited from the deals.
The reasons range from the benefits of improved choice and buying power the merged organisations can tap into to the renewed focus and fresh energy the new owners have brought to the businesses.
One supplier said merhcants have had to become more creative and supportive to help their customers deal with the challenging conditions on the high street and ensure they are able to command their share of what’s left of the leisure pound.
That has led suppliers to invest more in areas like staff training and promotions to help them sell more, and better, wine.
Wine Importers contends that hotels and restaurants in rural areas have benefited from its acquisitions, as it has a further reach than the smaller merchants it bought thanks to its infrastructure.
I appreciate that there will be some operators who have bones to pick with their suppliers. After all, you can’t please everyone all the time.
But in the main I’d be tempted to agree, for the reasons above, that the wine offer in the Scottish on-trade is better as a result of the recent consolidation.
The challenge for suppliers now is to ensure the trend continues, and equip operators with all the support they need to make the most of one of the trade’s fastest-growing and dynamic product categories.