STRIKING a balance between established and lesser-known brands is key if operators are to maximise sales of world beers this summer.

That’s the message from Jason Wills, senior brand manager of Tiger Beer at Heineken UK, who told SLTN it’s important to give consumers a “degree of recognition” when it comes to world beer. 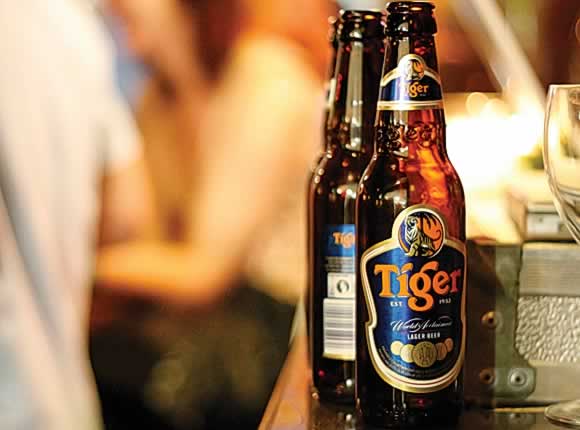 Carrying a range representative of different countries and the various sub-categories that are said to be emerging within the world beer sector is also important, according to Wills.
It’s all about getting the right balance, he said. “Licensees should pick a small number of brands that are relatively well-recognised, like Tiger, and then a beer like Moretti, which is more specialist,” said Wills.
“You don’t want a fridge full of unheard-of brands. There needs to be a degree of recognition to encourage consumers to move in to world beer. Obviously it depends on the outlet but you want to give consumers a choice of world beers across different sub-categories, like you would with spirits through mainstream, premium and super-premium brands. Good shelf positioning and back-bar display are also key. Retailers should think about how they are presenting the category. There’s lots of consumer demand for world beer but I don’t know if we’re necessarily making it as easy for consumers as we can. We have to give consumers some incentive to buy world beers – match them with food, for example.”

For too long beer has taken second billing to wine when it has as much, if not more, complexity.

Matching world beers to dishes on the menu is key to generating interest in the category and driving sales, according to importer and distributor Morgenrot Group, whose portfolio includes Quilmes from Argentina, Spanish beer Alhambra and Kaiserdom from Germany.
Senior national account manager Graham Archibald advised operators to treat beer in the same way they handle wine.
“For too long, beer has taken second billing to wine when it is the UK’s favourite drink and has as much, if not more, complexity,” he said.
“Just like with wine, consumers are showing an interest in learning about beer so it’s important that bars, restaurants and pubs can educate.
“If you can feed this thirst for knowledge, I guarantee they will come back to feed their heads with beer facts, their bellies with beer and your tills with pounds.”
Simon Hewitt, packaged beer marketing manager at Diageo, which launched Namibian beer Windhoek in the UK last spring, said foreign travel has prompted consumers to seek new world beers to add to their repertoire.
“Consumers are motivated by an interest in discovery of authentic beers from around the world, which provide a real taste of adventure,” he said.
“World beer brands like Windhoek should be stocked by bars wishing to provide accessible and interesting ‘chunks’ of adventure and discovery.”
Alasdair Hamilton, director of sales for Molson Coors Scotland, which counts Corona and Blue Moon among its world beer brands, said the category has grown as consumers have become more adventurous.
“Publicans offering a selection of world beers in support of standard lagers is an opportunity to persuade drinkers to pay that little bit more for their drink,” he said.