BACARDI has set its sights on live music events this summer with a major sampling campaign at three festivals. 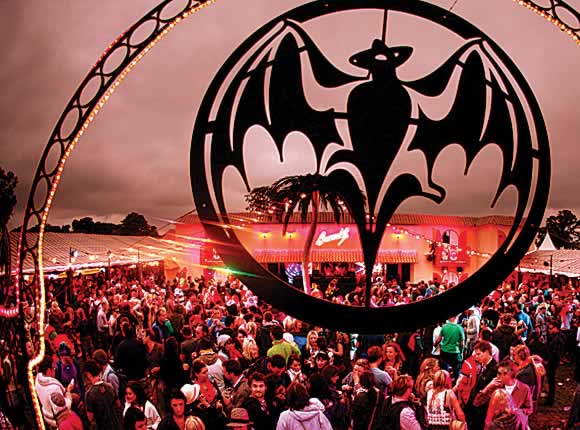 The ‘Bacardi Together’ campaign kicked off last month at Scottish festival RockNess, before heading to Lovebox in London later this month and then on to Herefordshire next month for The Big Chill.
Around 1000 festival-goers will be entertained at dedicated Bacardi Together areas, where they will be able to sample signature Bacardi cocktails like the Bacardi Mojito and Bacardi Cuba Libre, as well as a number of new recipes.
Each area will also include seating, a viewing platform and an interactive video booth, with drinkers able to enjoy waitress service and mini master classes by the Bacardi team.
Catherine Archer, director of marketing for rum at Bacardi, said the campaign is “a great way for us to connect richly with the LDA-24 year old socialisers on a large scale”.
“We have a long-standing association with music and hosting legendary parties, it’s simply in our DNA, and our presence at these boutique-style festivals is a great fit for the brand, allowing us to engage with our core consumer,” she said.
“The awareness and engagement generated by the Bacardi Get Together gives us the opportunity to bring to life our ‘Bacardi Together’ message, enhancing the together experience amongst our target audience.”
Bacardi isn’t the only spirits brand to embrace live music this summer. The Chase Distillery in Herefordshire is hosting its own music festival, Rock The Farm, later this month.
The distillery claims the free, two-day event is the first ever music festival specifically targeting bartenders.
The company said it expects 500 members of the industry to attend the event.
Held on the distillery’s grounds on Sunday July 31, the festival aims to “generously give something back to bartenders and the bar industry for their continued support of our brand”.
Anyone interested in attending the festival should contact james@williamschase.co.uk.
Chase Distillery, founded in 2008, produces Chase Vodka and Williams Gin.