BBC MasterChef champ Tim Anderson took time out the kitchen recently to help the team at Alva’s Harviestoun Brewery cook up a batch of its famous Bitter & Twisted ale. 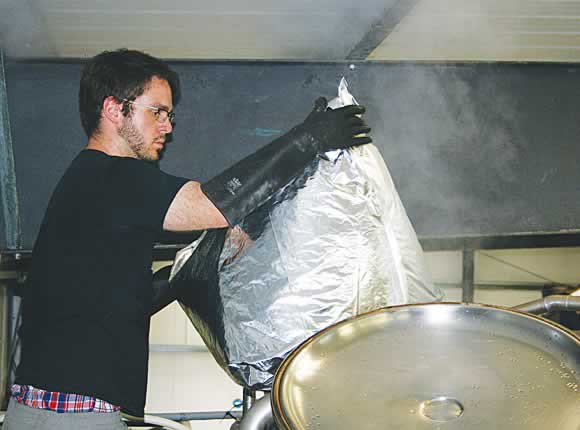 Tim made the trip north as part of his quest to boost his food and drink knowledge – a mission he has been on since winning the prestigious culinary title in April.
According to the Harviestoun team, Tim played a full part in brewing 9000 pints of B&T, from mashing-in at breakfast time to cleaning out the spent hops at the end of the shift.
Casting an eye over his efforts was Christa Sandquist, Harviestoun’s newest brewer who joined recently after completing an MSc in Brewing & Distilling at Edinburgh’s Heriot Watt University.
Tim’s next stop is Heston Blumenthal’s Fat Duck in Bray.