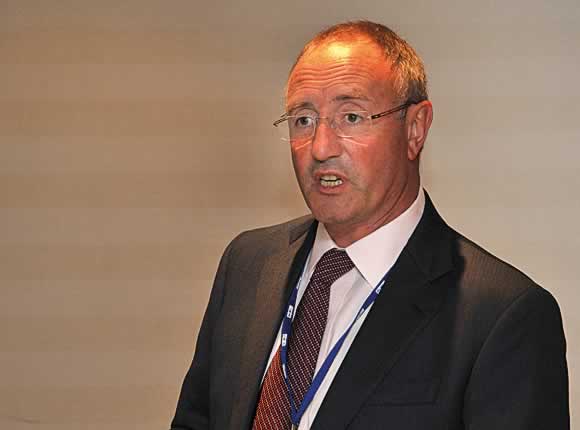 Association pledges to work closer with trade groups at conference

THE Scottish Wholesale Association has questioned whether the election of a new SNP majority administration at Holyrood will benefit the country’s wholesale and cash and carry sector.
SWA president George Benson pondered the consequences of Scotland’s new political leadership as he welcomed delegates to the association’s annual conference in Perthshire last month.

It just makes sense to have joined-up thinking in legislation and lobbying, rather than duplicating effort.

The event, which took place at Crieff Hydro on June 17 and 18, featured speeches from a range of senior wholesale and cash and carry figures, including Batleys’ operations director Martin Race and George Thomson, managing director and co-owner of Milnathort-based Forth Wines.
In his opening remarks Benson, who last year sold Bellevue, the Edinburgh cash and carry business he built with brother Graham, to Batleys, cast doubt on whether an SNP-led Scottish Government would be good for wholesalers.
He claimed the general consensus in Scotland was that independence would be a “step too far” at present.
“On the fiscal side there has been talk of a lowering of corporation tax to help entice more businesses to set up in Scotland,” Benson said.
“[That] sounds reasonable, but no doubt that will mean the raising of tax in other areas.
“What is happening, though, [is that] through the health secretary Nicola Sturgeon, the SNP will be pushing very hard to create a healthy Scotland.
“No bad thing, I hear you say, but we will have to be very aware of not only the effect on wholesalers, but more importantly our wholesalers’ customers as the government tackles tobacco display bans, the new Alcohol (Scotland) Act and the almost inevitable minimum price for alcohol.
“The association, in conjunction with SGF (Scottish Grocers’ Federation) and FWD (Federation of Wholesale Distributors) are working to support members and their customers with the impending changes in legislation.”
Benson said it was a priority for the association to work more closely with fellow trade groups on government affairs, revealing that executive director Kate Salmon was now a member of the FWD council, with James Bielby sitting on the SWA’s in a reciprocal agreement.
“It’s also our goal to work much closer with John Drummond and Graeme Knowles of the Scottish Grocers’ Federation, particularly in the areas of legislation and lobbying,” he explained.
“It just makes sense to have joined-up thinking on these key areas, rather than duplicating effort.”
On the wider economic outlook, Benson said conditions remained “challenging”, but stressed it has thrown up opportunities for wholesalers and cash and carries which supply independent off-trade retailers.
“We really have to take advantage of the fact the average consumer has less cash in their pockets’, restricting spend in the multiples but giving [a] far bigger opportunity for top ups in their local store,” he told delegates.
“I think every wholesaler in the room will say their retail sales are OK at the moment.”

Lowering corporation tax sounds reasonable, but it could mean tax is raised in other areas.

In developments at the association itself, Benson said two new categories had been added to its annual awards scheme, Scottish Wholesale Achievers, held in February each year: the Corporate Responsibility Award, sponsored by Imperial Tobacco, and the Supplier Sales Executive of the Year, sponsored by the Today’s group, the retail buying collective.
Beverage Brands owner The SHS Group and wholesaler Dunns Food and Drinks have come on board as sponsors, he confirmed – see story below for more.