Licensed premises close in all but one Scottish constituency 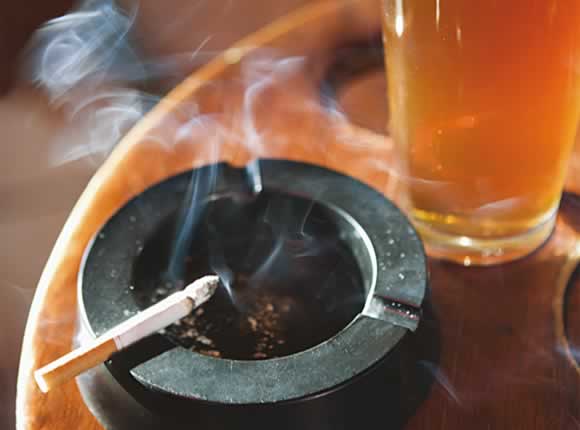 SCOTLAND’S traditional inner-city pubs have suffered most in the wake of the smoking ban, a new study has found.

Glasgow central was hardest hit, with 56 pub closures recorded between the start of the ban in 2006 and 2010, according to research by CR Consulting for the Save Our Pubs & Clubs Campaign. Edinburgh North & Leith recorded the second-highest number of closures, with 34 pubs shutting their doors in the four-year period.
Only one Westminster constituency north of the border (Berwickshire, Roxburgh & Selkirk) escaped without a single pub closure. Of the ten hardest-hit constituencies north of the border, six are Labour seats, two are Liberal Democrat and two are SNP.
The figures were published by the Save Our Pubs & Clubs Campaign, which is working with trade groups across the UK to lobby for an amendment to legislation to permit designated smoking rooms in pubs and clubs, and for operators of single-room bars to be given the choice to trade as smoking or non-smoking premises.
MPs from the three main political parties – Greg Knight, Conservative; Roger Godsiff, Labour; and John Hemming, Liberal Democrat – have backed the campaign, and staged a reception to raise awareness at the House of Commons last week.
It came after the SLTA hosted a seminar in Edinburgh, which featured speakers from Croatia and The Netherlands where smoking bans have been partially repealed.
SLTA chief executive Paul Waterson said the Save Our Pubs & Clubs Campaign research presented an accurate picture of the situation north of border.
“Everyone can see pubs are shutting, especially the more traditional community pubs,” he said.
“Many of these have been around for decades. They have been social centres for the communities they serve and then suddenly they are gone.
“The smoking ban caused many smokers to stay away and those that still come have to stand outside.
“The ban may have cleared the air but it has destroyed the atmosphere.
“Other European countries have had more sensible regulation, allowing smoking rooms or exempting small bars, and have avoided this devastation. The executive should look at this again before it’s too late.”
Simon Clark, director of the Save Our Pubs & Clubs Campaign, said the research showed large numbers of traditional wet-led pubs have closed.
“Labour was the principle architect of the smoking ban,” he said.
“It is ironic, therefore, that pubs in Labour-held constituencies have suffered the most. The smoking ban is an issue that MPs must address because local communities cannot afford to go on losing pubs at the present rate.
“The coalition government must review the smoking ban and consider options that bring us into line with most other countries in Europe, where smoking is permitted in separate smoking rooms or designated smoking bars.”