Waiting for clouds to pass is not an option, wholesaler tells Scott Wright 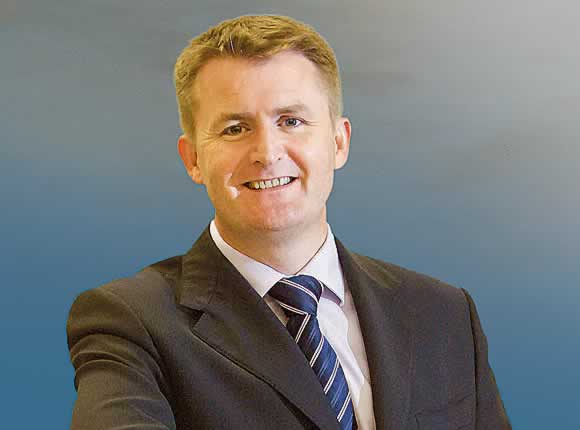 THE trade remains engulfed by an economic storm – and operators who don’t plot an escape route are almost destined to founder.

This was the sobering verdict delivered by Booker last week, as SLTN canvassed views on conditions facing pubs from firms in the cash and carry and delivered wholesale sector. Ron Hickey, Booker’s catering sales director (above), told SLTN the time for sitting and waiting for the financial clouds to pass had come and gone.
“For the pub catering market, in particular, it’s a mixed bag,” Hickey said. “We’re seeing some people responding to a tough economy, there’s no doubt about that, and some unable to in some respects. What we’re finding is that where operators aren’t ‘land-locked’, where they have an opportunity to develop their food offer or take on entertainment, those who are very switched on are responding well. They’re the ones who are tapping into the demand that is left out there. If you just sit there and try to weather the storm you just get battered. I don’t think that’s an option.”
The challenges facing pubs, from the economic situation to the political climate around alcohol, mean life is not any easier for delivered wholesalers, including drinks specialists like Wallaces Express.
“Publicans, hoteliers and restaurateurs are being affected by several factors which impact on their business,” managing director Brian Calder told SLTN. “Spiralling overheads, irresponsible drinks promotions by supermarket chains and [a] lack of confidence in the economy all conspire to affect consumer confidence and disposable income.”
Calder, who said the “spiralling cost of diesel” was a major headache for delivered wholesalers, also cited the poor summer weather as being detrimental to trade, a point taken up by John Gilligan at Wm Morton.
Gilligan said wholesalers and pubs are suffering a trading hangover after a bumper April, when the sequence of bank holidays and warm weather gave a significant boost to trade.
He told SLTN the importance of the weather to summer trade cannot be underestimated.
“April was really busy – we had two holiday weekends and great weather and people went a bit mad,” he said. “The weather since has been an anticlimax – you lose business from outside areas when the weather’s bad.”
Gilligan also said pubs were under attack from a variety of fronts, from tax and VAT hikes to legislation. But he said Morton was performing broadly in line with forecasts.
Likewise, Booker is not allowing itself to get too despondent with life. While Hickey was speaking during Booker’s ‘closed period’ – the firm’s annual results are due to be announced soon – he was constrained on what he could say about its own performance. But he did say its own business with the pub market was “reasonably buoyant”.
That’s partly because of Booker’s response to the market conditions and customers’ increasing calls for value, he said.
Last week it gave a commitment to customers that the prices of 50 ‘essential catering products’, including butter, cheese, eggs and milk – the building blocks of many menus – will be ‘locked down’ until mid-September.
Hickey said caterers welcomed wholesalers being “up front and transparent” about pricing, especially during times of food inflation.
“There are times when wholesalers and suppliers have got to be supportive of their customers,” he said.
“We’re in a recession, so this is not the time to try and make hay out of your customers. You have to look after them. If you look after your customers in the tough times, they will look after you in the good times. We’re not saying it’s not difficult to keep our prices low, of course it is. We’ve introduced a number of things to try and give that commitment back to customers. One such scheme is Buzz, a promotions programme which allows operators to pass deals on to consumers, for example bottles of beer for £1. To take part, a pub operator has to commit to buying the products on offer, and in return they will receive a discount as well as materials to promote the deals in outlet. So far around 800 pubs around the UK (more than 100 in Scotland) are participating, allowing Booker to realise “significant scale” from the activity.
“It’s a bit like what Wetherspoon used to do to drive footfall into their pubs,” Hickey said. “The idea is that this will get people in, and once they’re in, that’s your margin opportunity. We’ve got over 100 in Scotland and that’s a reasonable amount of coverage, at least one in very branch town. Given the current climate, Hickey reckons it’s the right time to be offering such deals, though he accepts it’s not a route all pubs will want to pursue. Like many in the trade, he expects conditions to be tough for wholesalers and pubs for some time yet.