Signage and staff training essential ahead of ‘challenge 25’ implementation

THE trade will be obliged to operate an ‘age verification policy’ from October 1, when the majority of the Alcohol Act’s provisions take effect. 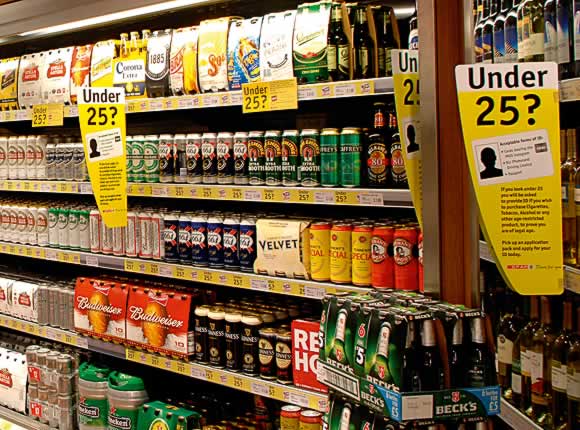 Steps must be taken to establish the age of a person attempting to buy alcohol where it appears the customer may be less than 25 years of age (or such older age as the policy specifies).
The requirement takes the shape of a condition attached to premises licences and occasional licences, so that a failure to have a policy in place could result in a prosecution as well as action by the licensing board. And if an operator fails to comply with the policy he or she could find themselves before the licensing board, facing the suspension of their licence, if an underage sale takes place.
There has already been considerable head scratching as to how the new policy should be implemented, although the major food retailers and off-licence chains have of course operated ‘challenge 25’ and similar schemes for years.
In my view, there are two essential steps to be taken.
In the first place, appropriate signage should be prominently displayed.
The precise wording is not set in stone, but I’d recommend something along the following lines: “We operate a challenge 25 policy. If you intend to purchase alcohol and appear to be under the age of 25, you will be asked to produce proof-of-age. The only forms we accept are passport, European Union photocard driving licence or a card issued under the PASS scheme bearing a hologram”.
It’s a defence to a prosecution for the sale of alcohol to a person under 18 when ‘reasonable steps’ were taken to prevent the offence.
Those steps will only have been taken where one of the documents listed above was produced and the ‘document would have convinced a reasonable person’, so it’s important that staff are vigilant in the detection of bogus documents or those that might have been altered.
Secondly, staff must be made aware of the policy in a fashion that may be audited.

There’s no point in having a policy unless you can prove it was properly communicated.

Some operators already make appropriate provision in their training materials and ensure a proper record is kept, signed by both the trainer and the employee.
As an absolute minimum, everyone involved in alcohol sales should be asked to sign a form setting out the terms of the policy and the consequences of any failure to comply, including disciplinary proceedings.
Periodic reminders are highly advisable.
I’ve seen a suggestion that the licence holder should prepare and sign a form recording the existence of a policy and how it is to be implemented: in my view, it’s infinitely preferable to have a documented record of the policy having been explained to staff.
There’s no point in having a policy unless you can prove that it was properly communicated.
To make matters more complicated, there’s already a requirement to display a notice ‘at each place on the premises where alcohol sales are made and in a position where it is readily visible to any person seeking to buy alcohol’.
This section 110 notice indicates that where there is any doubt over whether a purchaser is aged 18 or over, ‘alcohol will not be sold to the person except on production of evidence showing the person to be 18 or over’.
Any ‘policy’ signage regarding challenge 25 does not replace the requirement to display a section 110 notice, however. This is an absence of joined-up thinking that may serve to confuse customers.

Steps must be taken to establish the age of the person buying alcohol if they appear under 25.

I understand the Scottish Government will issue guidance on the Alcohol Act and I’d expect some clarity on age-verification policies, in which case I’ll provide an update on this page.