Kilchoman has released its first malt made exclusively from Islay ingredients

A MAJOR milestone in the young life of Islay’s Kilchoman distillery was reached last week. The distillery, which in 2005 became the first to be built on the island in more than 100 years, launched its first “100% Islay” malt whisky last week. It was the final piece in the jigsaw for founder Anthony Wills, who established Kilchoman with the goal of creating whiskies using ingredients native to Islay exclusively. 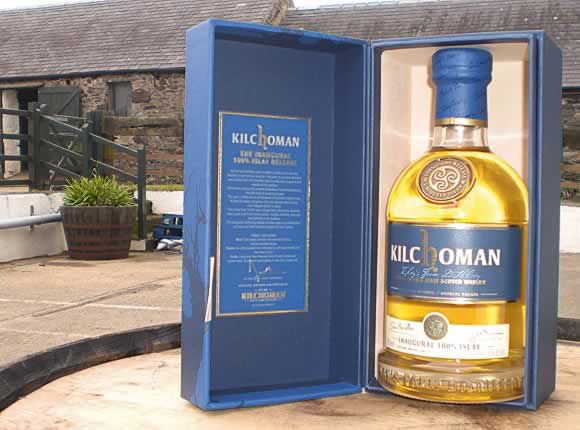 A limited release, Kilchoman’s 100% Islay will have a RSP of £69. In Scotland, it will largely be sold, alongside Kilchoman’s other single malts in specialist off-sales like Royal Mile Whiskies, Luvians, Robbie’s Drams and Loch Fyne Whiskies, though Wills ultimately has aspirations to build a wider presence for Kilchoman brand in the on-trade, too. He told SLTN the all-Islay release was the realisation of the distiller’s founding ambition.
“It’s what the project was about, really, in that it’s from barley we grow round the distillery and we malt it on the malting floor,” Wills said. “And we do all the production process on site, including the bottling. So, it’s very very unique in that respect and it’s probably the first 100% Islay whisky that’s been produced in a very long time. In many respects it is unique and it’s how distilling started all those years ago based on farms around Scotland. It was only [with] the advent of the popularity of whisky that floor maltings ceased to exist and [the industry] went the commercial maltings way. There are only six distilleries in the whole of Scotland that still do commercial floor malting. At Kilchoman we take that a step further by actually growing the barley.”
Getting to this point for Kilchoman hasn’t been easy, however. Wills said the long-term nature of whisky-making meant it was difficult to attract investors for the project. Cash-flow was also limited as the business didn’t begin to earn until its first spirits were released last year – four years since distilling began.
However, the meteoric sales of malt whisky around the world over the last decade, allied to a desire to take “whisky-making back to its roots”, gave him the impetus to see it through. The fact the distillery is located on Islay – “an iconic brand around the world” – meant it was also always likely to command attention, Wills reckoned. “I’ve been at the whole project for ten years now and really the major stumbling block is the financing of it,” he said. “You have to raise a lot of money. It’s not the type of investment most people look at because it’s so long-term. It’s a very difficult one to sell, especially to private investors, when really the mindset of most people investing is a three-five year return, and I certainly couldn’t offer that. But we wanted to do something different.” 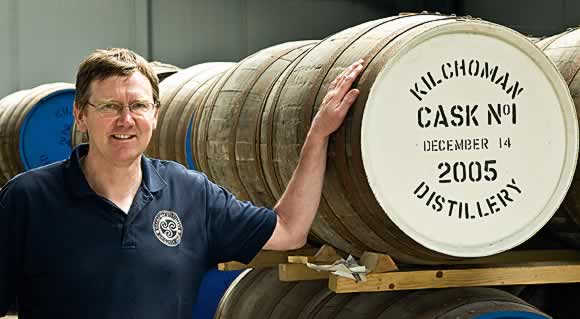 Wills said whisky lovers and the wider industry had been “very complimentary” of the Kilchoman malt so far, with many commenting that it tastes remarkably mature for a spirit so young. “That’s got people talking about the whisky, because when we tell them the age after they’ve tasted it they’re staggered it’s only three or four years old,” he said. “They think it’s certainly about six, seven or eight years old when they taste it.
“That’s helped us enormously to get people to take us seriously. The fact that we’ve won some awards and journalists have spoken favourably about what we’re doing [has also helped]. We’re now in 28 markets around the world on allocation and we’re building sales as we develop.”
Wills said the response the product has received has allowed it to command a “premium” price, a factor crucial in its achievement of £100,000 profit in its most recent (and only its fifth) financial year. “The first single malt we released, in September 2009, was 8300 bottles, and it was sold out in four days,” he said. “We’ve done a few releases since then and they’ve all been well received. We’re delighted, but it’s been a long-term process.”
Future plans include the appointment of a dedicated sales rep in September to boost sales in the UK, including the on-trade, backing its main route to market through Gordon & MacPhail. “We want to be in the top bars and hotels in the whole of the UK, if we can,” Wills added. “We’re in the Dorchester, we’re in Harrods, we’re in Selfridges, Hilton and various other hotels down in London, but need to spread that out. We’ve been concentrating on exports, simply because that’s where the majority of whisky is sold. Now we’re going to put some time and effort behind the brand in the UK.”