Glendola Leisure to ditch Frankenstein and take Waxy’s to Edinburgh 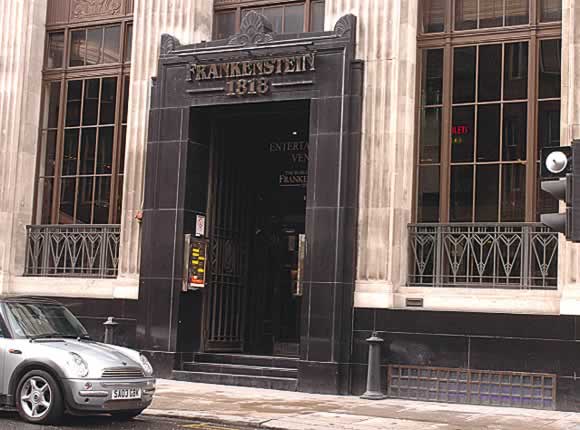 IRISH-themed bar chain Waxy O’Connor’s is set to open in Edinburgh after its parent company snapped up the Frankenstein outlet in the capital, and its sister venue in Glasgow, from Saltire Taverns.
Glendola Leisure, which has a portfolio of 15 managed bars, restaurants and hotels in the UK, including Waxy’s venues in Glasgow, Manchester and London, bought the two city centre freeholds from Billy Lowe’s company for an undisclosed sum.
Managing director Alex Salussolia told SLTN the company plans to operate the Frankenstein pubs as they are before revamping both outlets.
In Glasgow, the West George Street unit will be relaunched in mid-August as a yet to be named contemporary bar. The transformation of the Edinburgh premises, on George IV Bridge, into a Waxy O’Connor’s is expected to be carried out early next year. Work on both properties is expected to cost £1.8 million.
The acquisition of the two Frankenstein outlets comes after Glendola secured new funding from Barclays. And Salussolia said the firm remains on the acquisition trail.
“We’re really excited to be continuing our expansion in Scotland,” he told SLTN. “We’ve been running Waxy O’Connor’s in Glasgow for the last 12 years and Glasgow has looked after us very well. We plan to open a contemporary bar with great beers, great wine and fantastic food. In Edinburgh the property is listed and the scale of the refurb is more complex but we’re going to take the fantastic Waxy’s concept there. We think Edinburgh deserves a Waxy’s. We’re always looking to grow the business. And not just with city centre bars – we just acquired our first country pub in England, which we will relaunch next week.”
The sale of the two Frankenstein outlets comes a year after Saltire Taverns, which was set up by Lowe in 1997, sold the Golf Tavern at Bruntsfield Links in Edinburgh and the Illicit Still in Aberdeen to Signature Pub Group.
Saltire, which also sold The Rutland in Edinburgh to Signature in 2007, operates Le Monde – a bar, restaurant club and rooms complex on Edinburgh’s George Street. No one from Saltire Taverns was available to comment as SLTN went to press.