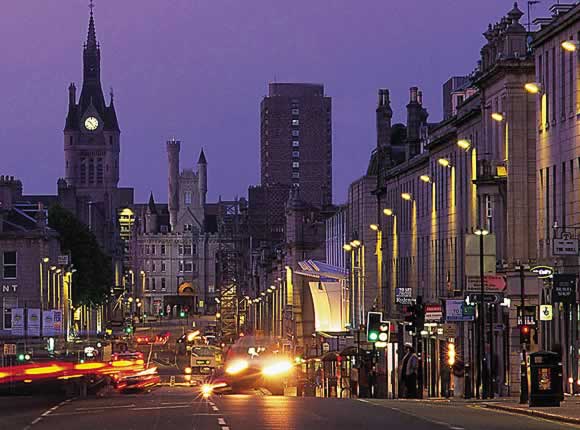 ABERDEEN operators have been urged to reject proposals to create a so-called Business Improvement District (BID) in the city.

The north east division of the licensed trade association said the scheme, on which city centre businesses will be balloted on June 23, will be “unfair” on pubs as the cost will be based on rateable values. The trade has long-argued for parity in Scotland’s commercial rating system to bring pubs and hotels, whose rates are calculated on turnover, in line with other businesses, whose rates are based on square footage.
Under the BID proposal, businesses with a rateable value of £27,500 or more would pay a levy of 1% of their rateable value each year.
Aberdeen City Council expects the scheme to raise £3.5 million during its initial five-year lifespan, after which businesses will be asked to vote again on whether to extend it.
The council said funds, which it will transfer to the Aberdeen BID Development Co Ltd, will be used to boost promotion of the city centre, “improving its services and enhancing its fabric and environment”. Projects could include efforts to improve public safety, CCTV, public toilets, signage, events and festive lighting, it said.
But Aberdeen Licensed Trade Association’s George Wyatt, who owns La Lombarda on Castlegate, urged members to vote against the BID proposal, describing it as “another cost the trade could do without”.
“It’s unfair to base it on rateable value because licensed premises pay a lot more in rates than other businesses because of the way they’re calculated,” he told SLTN. “If your rateable value is £200,000 that’s another £2000 a year you’ll have to find.
“We already have an organisation called Aberdeen City Centre Association, which has been on the go for the last 29 or 30 years and its objectives are the same. Now they want to replace it with something that’s basically the same but is going to cost businesses a lot of money and there are no guarantees what the money will be spent on.
“We had a meeting about the BID two weeks ago and we’ve advised our members to vote against it.”
Councillor Kate Dean, convener of the council’s enterprise, planning and infrastructure committee, said the BID proposal has received “positive feedback from city centre businesses of all kinds”.
“I would urge all those who are eligible to take part in the ballot – and if a majority backs the idea we can look forward to five years of vital extra investment,” she said.