SCOTLAND’S restaurants are to be targeted as part of a government crack-down on tax dodgers.

A new HM Revenue & Customs task force has been set up to carry out “intensive bursts of compliance activity” in what the government department describes as “high risk” trade sectors across the UK.
Activity began last month in London, with HMRC confirming restaurants in Scotland and the north east of England would be next on the agenda.
The task force is the result of the government’s £900 million spending review investment to tackle tax evasion, avoidance and fraud, which aims to raise an additional £7 billion each year by 2014/2015.
Mike Eland, director general of enforcement and compliance, said the activity aims to “identify and tackle rule-breakers and evaders swiftly and effectively”. “Only those who choose to break the rules, or deliberately evade the tax they should be paying, will be targeted,” he said.
“Honest businesses have absolutely nothing to worry about.
“But the message is clear: if you deliberately seek to evade tax, HMRC can and will track you down and you’ll face not only a heavy fine but possibly a criminal prosecution as well.”
A spokesman for the British Hospitality Association said: “HMRC has been looking at tax evasion at individual industries – and at hospitality – for a number of years so setting up this task force on restaurants is not really a surprise. It just emphasises how careful owners and operators have to be.” 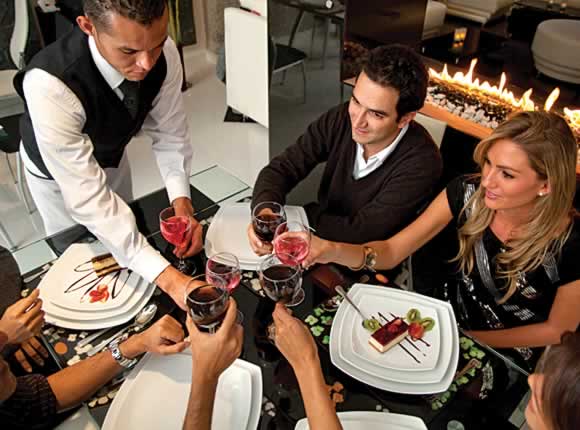 Meanwhile the British Beer and Pub Association has urged licensees to double check they don’t have any gaming machines being operated illegally on their premises following a police crack-down.
It comes after the Gambling Commission seized gaming machine equipment as part of an ongoing investigation into the alleged illegal manufacture and supply of gaming machines under the Gambling Act 2005.
During the visits, which included 14 business premises, 20 gaming machines suspected of being supplied illegally were recovered, the commission said.
BBPA boss Brigid Simmonds urged licensees to double-check their machines, including amusements with prizes (AWP) machines presented as skills with prizes (SWP) machines.
“Pubs need to be aware so they are not caught out as the Gambling Commission is determined to see these new rules enforced,” she said.
“It is possible that some of these machines have inadvertently found their way into pub premises so pubs do need to double-check to protect themselves.”