Trade group ‘concerned’ over some aspects of alcohol policy

BREWERS have hit out at demands by first minister Alex Salmond to take control of alcohol duty north of the border. 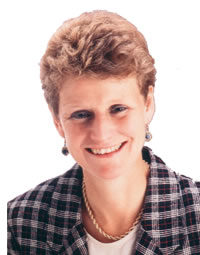 Speaking at the 33rd European Brewery Congress in Glasgow, British Beer & Pub Association chief executive Brigid Simmonds (pictured right) called for new talks with the Scottish Government about its alcohol policies. Claiming that the beer and pub trades are worth £1.5 billion to the Scottish economy every year and account for some 71,000 jobs, she said the future growth of both industries is dependent on the alcohol policy framework.
Simmonds said the first minister’s demand for the power to set alcohol duty in Scotland – one of a number of new powers requested in the Scotland Bill – is “cause for considerable concern. Using beer taxes to try to deliver a 45p a unit minimum price, as has been suggested, would mean that the tax burden on all drinks would have to rise, including drinks sold in pubs,” she told the conference.
“The duty plus VAT burden on pub beer would more than double, topping one pound a pint. That would hit the moderate majority hard in Scotland – and certainly make it top of the European league for beer tax. The SNP’s expressed wish to rebalance alcohol taxes in favour of higher strength drinks is an area where more dialogue is needed. The vast majority of countries have tax regimes that provide more encouragement to consumers to switch to lower strength drinks, like beer – and we think this is the right direction of travel. We can create new jobs in Scotland just at a time when the economy needs it – and we certainly want to ensure a vibrant hospitality sector as Scotland gears up to host major global events like the Ryder Cup at Gleneagles in 2014 and the Commonwealth Games in Glasgow the same year. Yet to make the most of these opportunities Scotland has to get the policy framework right. That is why we are concerned about the direction some aspects of alcohol policy in Scotland are now taking.”
The Wine and Spirit Trade Association said having a different alcohol duty regime in Scotland could prompt a rise in cross-border trading and fraud. “You only have to look at the Northern Ireland example where they raised tax in southern Ireland and that differential resulted in a huge increase in cross-border trade,” a spokesman told SLTN. “It will be a matter for the UK government to decide and it’s not clear that is what they would do. It’s not clear it would be beneficial for anyone.”