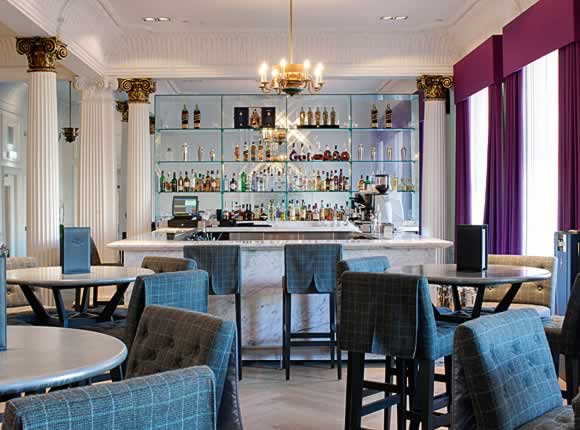 Socks have had their own way for too long when it comes to Father’s Day gifts.

IT’S traditionally played second fiddle to Mother’s Day. But there are signs the hospitality and drinks trades are slowly switching on the commercial possibilities of Father’s Day, which falls this year on June 19. And it’s probably not before time. With children and spouses again likely to spend millions on gifts for dads this year, on everything from socks and ties to books and DVDs, it’s an opportunity too good to pass up. The message has certainly got through to the Town House Collection, the hotel operator behind Glasgow’s five-star Blythswood Square and The Bonham in Edinburgh.
Managing director Hans Rissman said the company sees an uptake in offers like its Boozy Snoozy lunch (available in both hotels all year round) on and around Father’s Day. 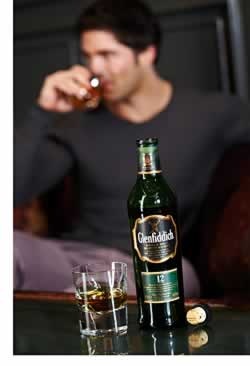 But it’s expanding its offer into other areas, including Father’s Day spa treatments at the Blythswood, which he said can have knock-on benefits for other parts of the business. “These treatments are highlighted and provide a good hook to include an overnight stay or afternoon tea with the family or a partner, for instance,” Rissman told SLTN. “We also offer a wide range of cocktails which are often ordered as part of the celebration.
“At both properties, the key for us is customer service and ensuring that all our guests enjoy the experience, whether they are celebrating Father’s Day or not. In terms of the business, it’s important to offer value for money to those guests who possibly only visit on such special occasions to ensure they will return for the next celebration.”
Another business well-placed to take advantage of the paternal celebration is Pub Tokens Ltd.
The company sells vouchers in denominations of £5, £10 and £20 which can be redeemed against food, drink and accommodation in pubs, having launched in Scotland earlier this year with a deal to operate in 100 Belhaven managed pubs (so far it has 110 signed up in total).
The pub receives the face value of the voucher, less ‘single digit’ commission taken by the provider.
Managing director Dominic Lavan said Pub Tokens has the dual benefit of boosting pub sales and giving dads a gift to savour. What Pub Tokens do [for pubs] in a way is that they give you a ‘double high’,” he told SLTN. “The good pubs are going to be full anyway on Father’s Day – those people will have booked two or three weeks in advance to get into their favourite pub. But then on Father’s Day itself they get a Pub Token from their son or daughter, and what that gives them is a second reason to go out and have a second celebration later in the week. From our point of view, it’s the strongest appeal we have outside of Christmas. I think about it in terms of all those people who have said to their fathers over the years, ‘have a drink on me’ or ‘have a pub lunch for Father’s Day’, but don’t like sending cash because it can be used on something else. The beauty of this is that gift voucher can be used for going down the pub. It makes the case for the gift voucher full stop.” Whether it’s Pub Tokens or hard cash that’s being splashed out on dads on the big day, it’s an opportunity for operators to convince those footing the bill to trade up. 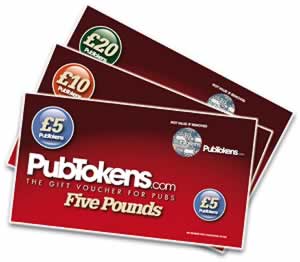 So reckons James Stocker, marketing controller at First Drinks, whose range of malts and premium spirits represent some ideal Father’s Day gifts.
“Father’s Day is a great opportunity for a lot of retailers – whether it’s pubs, bars, restaurants, anyone in the on-trade – to really think about the fact that people may be taking dad out for a meal or a drink where he’s going to be treated,” he told SLTN.
“So it’s a great opportunity to think about premium products – which generally offer licensees better margins – and to think about what they offer. The chances are people are thinking of upgrading to slightly more prestigious or premium drinks.”
Activity being run by First Drinks in the lead up to and over Father’s Day will be focused on encouraging consumers to treat their dads to premium spirits, from malts (through its Glenfiddich mentoring programme) or sampling events with Remy Martin Cognac. While Mother’s Day traditionally sees mums “pampered” with treats like facials, Stocker said the dads’ equivalent is a trip to the pub for a special meal or drink, and perhaps to watch some sport on the big screen.
“It’s very important for licensees not just to think about the premium ranges, but the service as well to spoil dad and entice people to bring their dad to their outlets,” he said. And according to Stocker there’s still considerable room for operators and drinks firms to make more from Father’s Day, suggesting it still lags some way behind other established events in the on-trade. He reckons its potential for operators to attract new customers shouldn’t be underestimated.
“I think it’s an area that’s still got room for development,” he said. “It’s not as big as Mother’s Day or St Patrick’s Day, which can be quite big in the on-trade. It’s a great opportunity for licensees to get new customers who haven’t been to the outlet before, give them a good experience and encourage them to come back. It is a time when people are looking to go somewhere perhaps a little bit different.” And with that it’s over to you, kids.