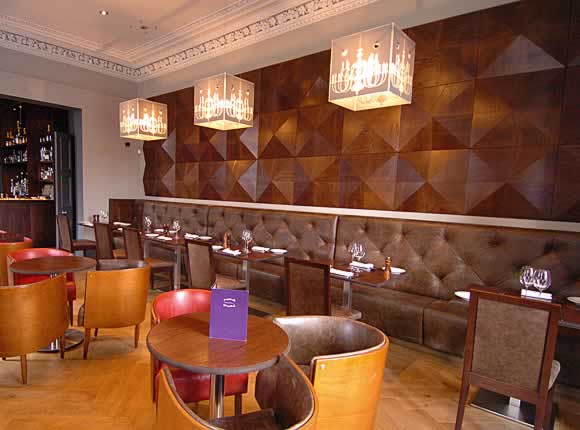 A splash of colour breathes life into stately Silverwells

That’s not to say the B-listed Victorian property is dominated by bold hues; it’s more a subtle thread of purple that’s dispersed throughout, tying each of the individually-designed spaces together. From the carpet on the original wooden staircase to the images of the black and white stags and Highland cow – complete with purple antlers and horns – in the restaurant, there are subtle flashes of the colour everywhere.
The scheme flowed from a new logo (‘Silverwells’ in silver on a purple background), created ahead of the venue’s launch last December. The motif informed the interior scheme devised by Glasgow design firm Curious, which put the gloss on what was a root and branch refurbishment of the building. Operations manager Steven Baxter, who previously ran the Old Toll Bar and Gairdners Airms (later renamed Bar Bax) in Glasgow, described the revamp as a “huge challenge”.
Work got underway shortly after Billy Peterkin, who owned The Nile in Glasgow for 15 years, bought the building, which previously traded as Silverwells House hotel, in August 2009. A new roof and underfloor heating were installed, and the original ceiling cornicing was restored, before attention turned to the decor. Designed to be a “relaxed” eating and drinking space, the bar and grill has been split into two distinct areas. 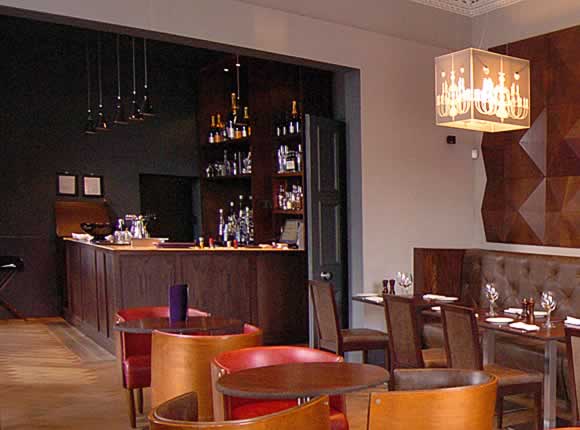 The lounge bar is dominated by a dark wood gantry, and furnished with leather armchairs and low-slung tables. The grill, which occupies the opposite end of the space, has a combination of fixed banquette seating, leather cube stools and bucket seats, while a contemporary wood-panelled feature dominates one wall. 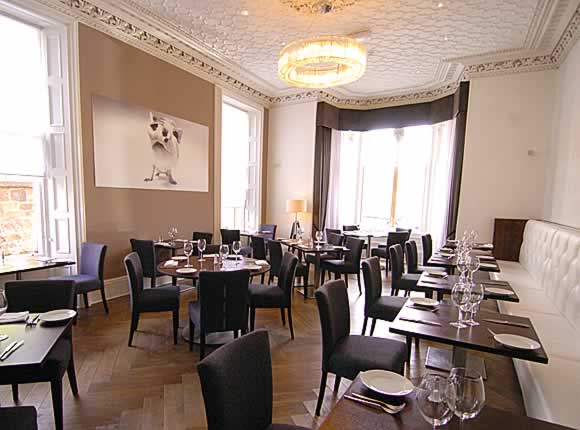 Across the hallway, the more formal restaurant has a white textured wall. Exposed stonework contrasts with contemporary features, including chandeliers, white leather banquette seating and two ‘caged’ private dining spots.
Upstairs, a space originally configured to offer two letting bedrooms was transformed into conference and events rooms, complete with a self-contained bar, earlier this year. Steven said owner Billy, who went on to buy Italian restaurant Daluciano in Bothwell six months after he acquired Silverwells, wanted the venue to be as flexible as possible. “He wanted something with several income streams – the days of having a pub that only sells drink are gone,” Steven told SLTN. “And when he bought Daluciano, which is just across the road from Silverwells, it was important the two venues were very different. With the interior here [Silverwells] it was about merging the building’s original features with modern design, that’s why we chose Curious.
“It’s a beautiful Victorian building and we wanted the interior to reflect that but also to be modern and appeal to a lot of people. Billy led from the front. He didn’t want a venue that people only used on special occasions, we want people to come here regularly.”
The food and drink offer was also designed to give customers enough choice to keep them coming back. The draught beer range spans Tennent’s, Belhaven, Guinness and Estrella Damm; while the bottled selection includes St Mungo, Kasteel Cru, Peroni and Tiger. Stolichnaya vodka, Plymouth gin, Eldorado rum and Ocho Tequila are among the house pours, with each category offering a number of alternative premium brands.
Menus are also designed to give consumers the option to trade-up, with a more “relaxed” style of food served in the bar and grill and an a la carte menu in the restaurant.
So far it’s all working well, said Steven, who with general manager Mark Taylor oversees the 25-strong team. “We’re offering good simple food and friendly service and people appreciate that,” Steven added. “Bothwell is a fickle area; people have high expectations and there is a lot of competition in the town but we’re on target. We’re giving good quality service and surroundings but we’ve got our feet on the ground – we want people to feel comfortable and relaxed.”