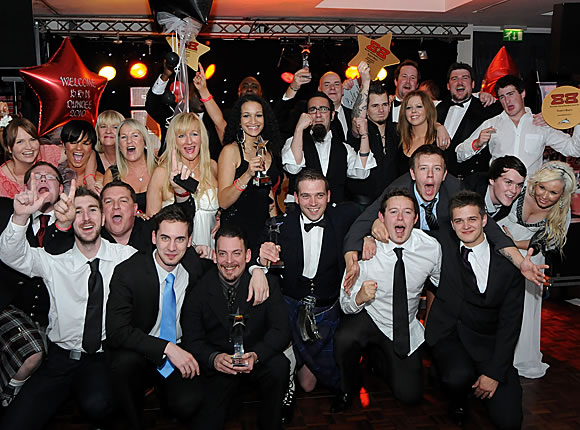 THE co-ordinator of Dundee’s Best Bar None has signalled her support for the introduction of a UK-wide version of the bar safety awards scheme.

Morag Beattie, of the Dundee Co-ordinated Anti-crime Network (DUNCAN), told SLTN it would be a natural progression to link up the national Best Bar None schemes on both sides of the border after the first Scottish awards were held this year. Beattie, who sits on the national BBN board, which meets in London, can’t see any reason why a UK awards scheme wouldn’t work. “I don’t see why not,” she said in response to the suggestion. “Obviously the Home Office gave it to Manchester to run it in England and Wales. I think it’s perhaps run seperately in Scotland because we have our own parliament.
“But it’s run the same way in Scotland, we’re all doing the same things. I go down to the national board and I don’t see why it couldn’t be a UK thing.”
The inaugural Scottish awards were a particular triumph for the City of Discovery, which hosted the prize giving ceremony and took three of the top four prizes. And Dundee BBN, the only scheme to stage a black tie awards ceremony, continued its run of success by winning BII Scotland’s Social Responsibility Award at Glasgow’s Grand Central Hotel earlier this month.
Beattie explained why it was so important for Dundee to perform well in the first Scottish awards. “To me it was really important to keep the momentum going to let the trade see it’s not just a wee scheme that runs every year and we’re looking for them to re-enter,” she said. “It really is worthwhile and we do share good practice. This is year six for us – we started in 2006 in Dundee – and because we share the good practice around other premises they take it on board. That’s why they’re now coming out on top. It’s what Best Bar None is all about.”
As for why Best Bar None has taken root so successfully in the city, Beattie put it down to the spirit of co-operation which exists between the key stakeholders. “We have good partnership working in Dundee,” she explained. “So as much as we’ve got Best Bar None, it’s linked in to what the licensed trade does with the DUNCAN scheme and Pubwatch. We build up good relationships in Dundee and the police help us with that. They come along to the meetings, so we’ve broken down the barriers with the police in Dundee, especially in the city centre and the Broughty Ferry area.
“It’s second nature now for the police to walk into pubs in Dundee and there’s not the turn of heads there used to be.”
However, taking the Best Bar None message to consumers is still proving to be a hard nut to crack, despite the trade support. “It’s difficult. I sit on the national board and go down to London a couple of times a year and we’re finding it a struggle,” Beattie added. “If the trade was aware that the public was aware then we might get more [pubs] on board.
“We do promotional materials like street posters after every awards ceremony and try and highlight it so the trade gets something out of it as well.
“We do anything that can take the message out into the public domain – things like beer mats, drip mats – and give out goodie bags with mugs and key-rings at the awards ceremony. “But if anyone can come up with [ideas on] how we can promote it better to the general public [I’d welcome it].
“The ultimate aim is that all the schemes will have websites, so that wherever you travel in the UK, you’ll be able to go to a Best Bar None website and find out where the good areas are for drinking.”