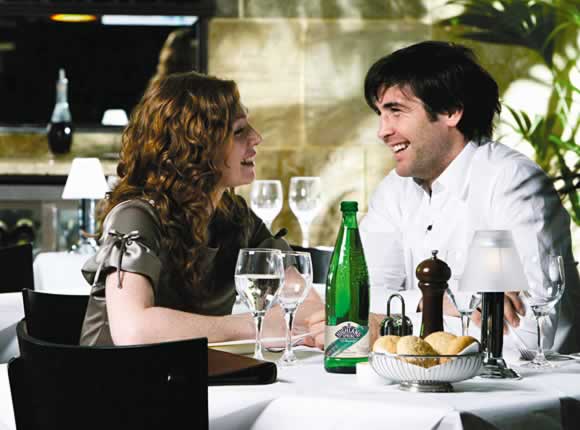 HIGHLAND Spring has set itself bold targets for future growth following two major acquisitions. The Perthshire-based firm, claimed to be the UK’s number one bottled water producer, is diversifying into new territory, including the value and super-premium ends of the water market, after purchasing Speyside of Glenlivet and Greencore, the Irish own-label producer, in the past two years.
The privately-owned company insists the capacity brought by the deals means it can now meet the needs of a diverse range of customers in the trade, from pubs to top-end hotels and restaurants. “We’ve gone from a two-side business to a five-side business in the last 18 months,” explained Richard Beeston, head of corporate communications at the Highland Spring Group. We’re now the number one producer of bottled water in the UK market, and we have an aspiration to be a £100 million turnover, 500m litre business by 2013. These are pretty stretching targets that we have set ourselves as a business, but we are confident we are on track to achieve them.
“We’ve got a portfolio of brands that allows us to compete in all sectors of the bottled water industry. We have mainstream brands in Highland Spring, we have premium brands for the on-trade in Speyside of Glenlivet, we have value brands for that side of the market in Hydr8 and a big part of business is also private label. We’re also now entering into the flavour market, which is new for the Highland Spring business. The challenge for us over the next three or four years is to drive volumes across a portfolio of brands across all the water market.”
Sparkling water is proving to be an especially lucrative category, with Highland Spring claimed to be leading the way in the UK, ahead of San Pellegrino and Strathmore. Within six months of launching new packaging for its sparkling brand last year, sales across the category are said to have risen 9%, with Highland Spring driving 64% of the growth.
Marketing manager Paul Condron said the image reboot had brought a significant boost to sales, alongside consumers’ changing attitudes towards drinking sparkling water. “We are seeing more and more consumers drinking sparkling water and, importantly, a real, clear distinction between consumers’ motivation and drinking occasions for sparkling over still,” he said. “There’s also an element of treat and reward in there, which we’ve uncovered with a lot of research that we do regularly. The repackaging of the range we did last year has been a big factor in driving the sparkling category as a whole, but also our own position within in it. Looking to the future, we see lots of opportunity for further NPD [new product development] in and around the sparkling category – it’s an area much less congested than still.”
Commenting more generally, Beeston said the soft drinks category, including bottled water, had held up well in the on-trade since the recession began, despite the pressures facing the pub sector. He speculated that water may have been helped by consumers moderating their alcohol intake, as well as the growing emphasis the on-trade is placing on food.
The opportunity in food is being embraced by the firm in its current marketing activity, with its Speyside of Glenlivet brand sponsoring the international category at the Scottish Food & Drink Excellence Awards (due to be held at the Doubletree by Hilton Dunblane Hydro tomorrow) and the Observer Food Monthly Awards.
Condron conceded the downturn did have an effect on total UK bottled water sales, not to mention a poor couple of summers weather-wise. But he is confident the category has put the worst of the recession behind it. “At total level, we had seen a decline in the overall volume on the market for a few years until the last year or so,” he said. “Penetration had taken a dip. However, those that were left behind and remained committed to the category had actually increased their consumption and weight of purchase. That helped.
“Now that the worst of the recession has hopefully passed, we’re certainly seeing some of these trends taking on a more positive look. And Highland Spring, thankfully, continues to perform at the end of the market.” Hope springs eternal at Highland Spring, it would seem.