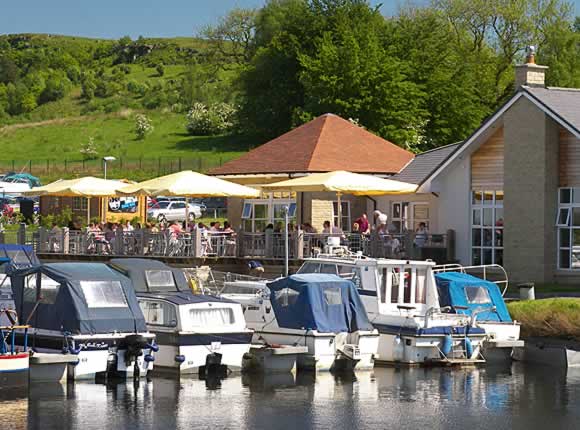 Malcolm Binnie, co-owner of Townhouse Restaurants, tells Dave Hunter why planning is everything when it comes to capitalising on the outdoor trading opportunity

OPERATORS across Scotland will be praying for sunshine this summer, and that goes double for those who offer al fresco eating and drinking. Malcolm Binnie, who co-owns Townhouse Restaurants with wife Josie, falls into the latter category. Townhouse operates three venues in the central belt – The Boathouse in Kilsyth, The Wheelhouse in Falkirk and The Inn at Longcroft – and all three have outdoor seating areas.
“The summer season’s important for us,” Malcolm told SLTN last week. “The business increases quite considerably any time you get some decent weather. We’ve got massive outside areas so we can use them.” 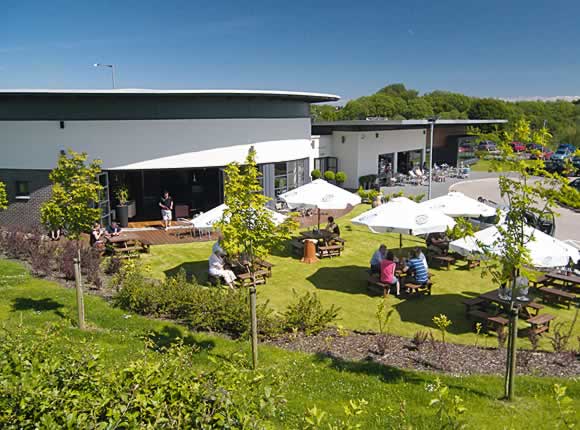 The company has good reason to be upbeat about summer trading, having enjoyed one of its strongest weeks during the spate of recent bank holidays.
And while the unpredictable Scottish weather can make it difficult to plan too far ahead, the company is already taking steps to capitalise on the summer months to come, making changes to menus and introducing drinks promotions and events.
“We’ll take out a couple of the heavier beef dishes, for example, and replace them with salmon, some salads and these sorts of things,” Malcolm said.
“In terms of the drinks we have a ‘drink pink’ promotion just about to start next week, which will increase the number of rosé and sparkling wines we sell throughout the summer months. Last year we had a Champagne and Pimm’s garden party, so we’ll probably repeat that again this year. And last year we did something around the Wimbledon Men’s Final as well, which was drink and food related.” Clearly you can never count on a warm Scottish summer, and so Malcolm said keeping an eye on the weather forecast is crucial for any management team.
At Townhouse, the rotas are made up two weeks in advance and extra ‘sunshine shifts’ are scheduled for periods in which the sun is expected to come out. Malcolm said this contingency is needed as the outdoor areas can get very busy very quickly in sunny weather, with customers prepared to travel further to enjoy some pleasant al fresco surroundings.
“If the weather’s nice, outdoors is unquestionably the first place people come,” he said. “And they sit much longer as well. They’re happy to sit longer, stay for an extra glass of wine or cup of coffee. In a miserable day in the summer the restaurant will be quiet by two-thirty. On a good day it just goes all day.”
This will be the first summer that the company has tackled the summer months with three businesses, having opened The Inn at Longcroft in March.
Townhouse Restaurants took over the venue last December and refurbished the property extensively, changing the name from the Masonic Arms to The Inn at Longcroft and positioning it as a ‘country pub and kitchen’. “It’s just very much food driven now, with a nice little pub-by feel about it,’ Malcolm explained. “It’s also different to the restaurants we operate. There’s been quite a bit of money spent on it.”
This investment is ongoing, as the company is currently developing the Inn’s outdoor space in time for the summer months. “It’s quite a big job we’ve got on, because there’s quite a few trees to be cleared and quite a bit of tidying up,” added Malcolm. “At one stage it has been a garden, but it’s been neglected so it needs tidied up.” With this much investment riding on it, Malcolm and Josie will be hoping The Inn at Longcroft gets a better than average Scottish summer this year.