Publishing its third quarter trading update for the 13 weeks to April 24, the pubco said like-for-like sales across its estate, which now amounts to some 800 pubs across the UK, rose 2.4% while total sales saw an uplift of 7.4%.
Operating margin in the 13-week period was 9.6%, compared to 9.4% in the first-half of its financial year.
A 2.4% rise in like-for-like sales for the firm’s financial year to date (to April 24) was recorded, while overall company sales jumped 7.6% in the period.
Wetherspoon said it remains on the expansion trail, having opened 29 pubs and closed two since the start of its financial year. It confirmed there are a number of sites currently under development and said, in line with its previous estimates, it intends to open around 50 pubs in its current financial year.
The pub firm underlined its ambitious expansion plans in an interview with SLTN in March as it opened its 50th pub in Scotland – The Camperdown Place in Glasgow. Richard Smith, Wetherspoon’s area manager for Scotland, said he reckoned Scotland could accommodate 125 of its outlets.
Looking ahead to the remainder of its financial year, Wetherspoon said it expects trading to be in line with expectations.
“As previously stated, the company, in common with many businesses, continues to be faced with rising costs for a wide range of goods and services, combined with a reduction in disposable income for many of its customers,” it said in a statement.
“Sales and cashflow continue to be resilient and the performance of our recently-opened pubs remains encouraging, which should enable the company to produce a reasonable outcome in the current financial year.” 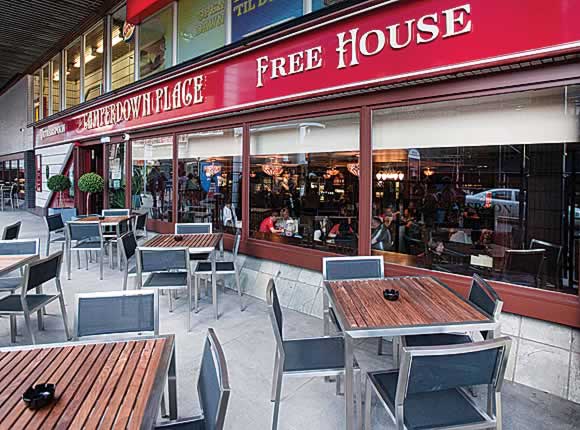