LIKE Morecambe and Wise and Torvill and Dean, rum and cola has enjoyed a long-running and successful partnership

But the firm behind rum giant Bacardi reckons operators need to look beyond the traditional pairing to maximise rum sales this summer. The emergence of more premium soft drinks and mixers – and the popularity of ginger beer in particular – is reckoned to have opened up a raft of new possibilities for creating rum-based long drinks. 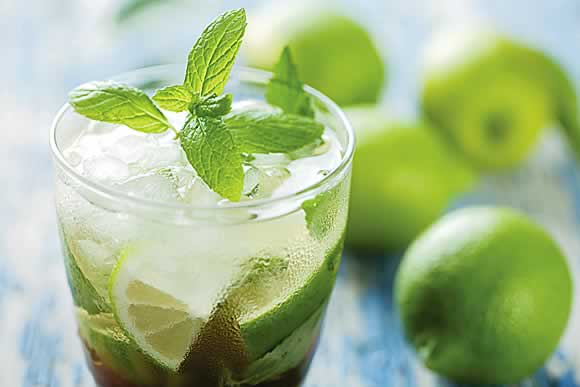 That the market has seen new brands emerge across the white, golden, spiced and dark categories has also helped broaden rum’s versatility as a base spirit. And the popularity of the Mojito shows little sign of waning any time soon.
Alex Turner, head of product training and mixology at Bacardi Brown-Forman Brands, which is set to add a new rum to its existing range of Superior (white), Bacardi Gold (golden) and Bacardi 8 (aged) in the coming months, said the category’s diversity gives operators scope to create a range of different styles of drink. He advised operators to ensure their rum range covers the whole gamut, and flag up alternative mixers, like cranberry juice or ginger ale. He also stressed the importance of offering a selection of rum cocktails – particularly in the summer months. “Rum is a real summer drink – it comes from a country where the sun shines all the time,” he told SLTN. “The Mojito is a great summer drink that is still really strong – when I’m doing training it still comes out as the favourite drink. Pina Coladas are enjoying a bit of a resurgence, particularly at the top-end of the trade. Our Pourfection website has got lots of other recipes and ideas. Rum punch is another great summer drink – it’s simple to do, not very expensive and is a real GP winner.

“Promoting other mixers, like Bacardi Superior and cranberry juice or pineapple juice or Bacardi Gold and ginger ale, is another good way of getting people to try something different. It’s probably the most popular serve and it’s a great way to drink rum but it’s not all about cola.”
Dave Steward, business development director at Marblehead Brand Development, which has just launched black spiced rum The Kraken in Scotland (see story left), agrees that rum and cola remains a firm favourite with consumers. But he endorsed Turner’s thoughts on the possibilities rum’s versatility brings.
To support the launch of the 47% ABV The Kraken, Marblehead is promoting its ‘signature serve’.
The Perfect Storm has two different recipes – one aimed at mainstream bars (The Kraken topped with ginger beer and a squeeze of lime), and one pitched at bars with an established cocktail offer (the rum combined with ginger beer, fresh lime juice, sugar syrup and Angostura Bitters).
Steward said long drinks and cocktails are key to the growth of rum.
“Serving rum in a long drink makes it more accessible to a broader range of consumers, but, particularly in mainstream bars, it’s very important these drinks are easy and simple to make by busy staff with little or no training in making cocktails,” he said.
Fraser McGuire at Whyte & Mackay, whose brands include Cockspur, said he expects other signature rum serves to emerge as the golden category continues to build momentum: stats suggest the category grew at a rate of 12% in the 12 weeks to January 11.
“The Mojito is probably the most popular rum cocktail out there but as people become more aware of the category and get a better understanding of rum’s mixability then we will see other signature serves coming in,” he said. “Rum-based cocktails are important to sales in the trade but equally, depending on the type of bar, we will still see large volumes of rum sold through a traditional mix of rum and Coke.”