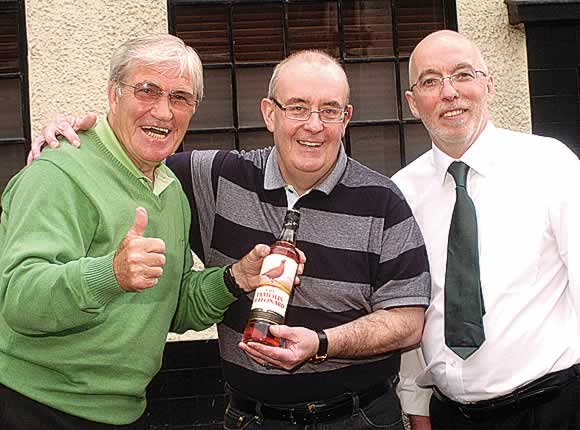 Punters were invited to pick a horse for each of the races held during the four-day meeting in March, with five points awarded to the winner, two for second place and one for third. Up for grabs were bottles of whisky donated by Maxxium, Inverarity, Burn Stewart, Whyte & Mackay and First Drinks.
The winner was Harry Leonard, who was presented with a bottle of Grouse specially labelled The Famous Harry Leonard. Everyone who entered received a prize, which ranged from bottles of malts and blends to miniatures.
The bar’s operator, Stephen McBride, said the competition had been embraced by his customers and thanked the drinks firms for showing their support. “It was a great talking point,” he told SLTN. “Quite a few of our customers enjoy the racing and Cheltenham is the biggest festival for jumps. I’m delighted with the interest they showed.”