That was the message from Euan Venters, the former Belhaven group managing director who now heads Greene King’s expanded brewing and brands business, as the parent firm announced its pre-close trading update last week.
The update, which prefaces the company’s full-year results, due in July, showed a 4% jump in like-for-like sales across Belhaven’s retail division, and a 1.8% rise in the volume of Belhaven Best sold in the 51 weeks to April 24.
The period saw Greene King finally complete the integration of Belhaven into its brewing and pubs operations. Senior executives in the Belhaven managed and leased pub divisions now report directly to Greene King, and its brewing and brand activities fall under a combined GK operation, headed by Venters. The executive, who joined Belhaven in 2008, said the changes have not affected the way the firm does business in Scotland.
“Since the integration, customers would not know that anything has changed at all, because it’s the same people doing the same jobs,” he told SLTN. “Whether it’s customers in pubs, customers in the free trade we service or the pubs we deliver to, nobody has seen anything change – it’s still very much the same Belhaven. We always said Belhaven was set up to focus on Scottish customers. Although the reporting line at the very senior level has changed, it’s still the same people in Scotland dealing with the same customers.
“When I go round talking to people in the trade we’re still perceived as the same Belhaven, and it’s really important we maintain that.”
Venters said Greene King was satisfied with the performance of both Belhaven’s managed pubs division and Belhaven Best ale over the past year. Best is now said to command “well over 30% of the ale market” in Scotland. Belhaven has continued to do well, and as you can see in the results, the like-for-like sales in the retail pubs were very good,” said Venters. “The 4% growth is excellent in the market. Obviously, food is really driving that within Belhaven as well. In a declining market, Belhaven Best continues to grow, which is great.”
Venters, who splits his working week between Belhaven’s Dunbar base and GK’s HQ in Bury St Edmonds, confirmed Belhaven’s retail estate had been boosted over the period with the purchase of Morrisons Cold Beer Company in Stirling, and Rhoderick Dhu, in Glasgow city centre.
“We’re still very much on the look out for good single site acquisitions,” he added. 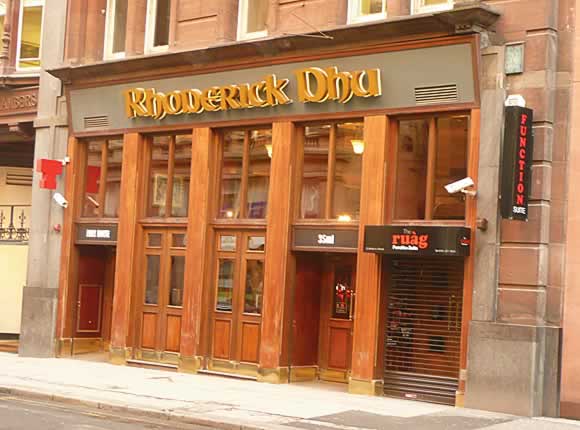