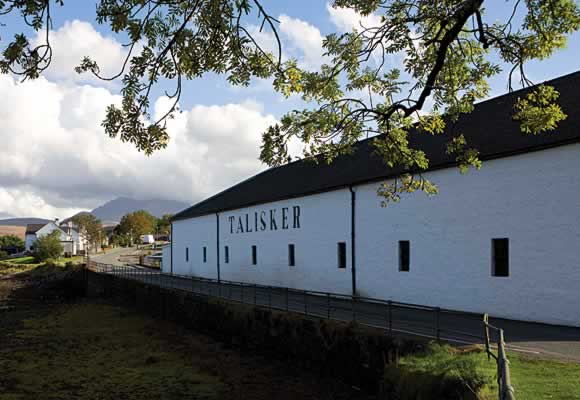 WHISKY tourism in Scotland is booming, with the number of distillery visitors up 20% in the past two years, new figures from a leading distiller suggest.

Tourists are said to have been flocking to Diageo’s 12 distillery visitor centres, with the number of people visiting last year reaching 210,432, up from 176,471 in 2008 and 194,505 in 2009.
Whisky’s growing popularity in overseas markets, coupled with improved visitor facilities, is credited with driving the growth, which comes after figures published by the Scotch Whisky Association earlier this month showed whisky exports had reached a record high, topping £3.45 billion last year.
Talisker, on the Isle of Skye, was Diageo’s busiest visitor centre, attracting 50,550 visitors last year, up from 41,271 in 2008 and 47,115 in 2009.
Highland distillery Dalwhinnie – the company’s fifth busiest – also recorded strong growth in visitor numbers, reaching 20,645 last year from 16,033 in 2008. Caol Ila, on Islay, added more than 2000 visitors to its books in the two-year period, up from 3597 in 2008 to 5813 last year; while Diageo’s quietest, Cragganmore, whose visitor centre opening hours were extended in 2009, recorded 2491 visitors last year, up from 1287 in 2009.
There were 43 different nationalities recorded among the visitors to the 12 distilleries last year, with UK tourists dominating, accounting for 87,417 of the visits in 2010.
Steve Blake, general manager of Diageo’s visitor centres, said a high proportion of visitors came from Germany, France, the USA and Spain, reflecting the strongest Scotch whisky export markets.
“Scotch whisky is this country’s fastest-growing export and the great thing about whisky is that it is also a fantastic advert for Scotland,” he said.
“Just as we focus on the superb quality of the whisky we produce, over recent years we have put increasing effort into ensuring that is matched by the visitor experience we offer at our distilleries.”
VisitScotland chairman Mike Cantlay said: “This is fantastic news and shows that the combination of quality products and quality visitor attractions are key to the visitor experience in Scotland.”

(above: Talisker on the Isle of Skye was Diageo’s busiest distillery, with 50,550 visitors.)