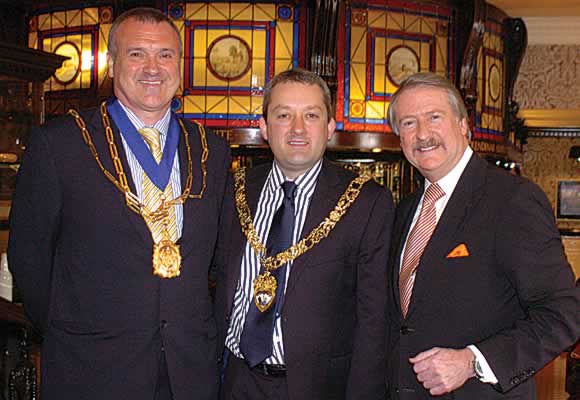 A NEW president has been sworn in at The Ben, Scotland’s main charity for the licensed trade.

Gordon Bell, head of customer contact centre and brands dispense at C&C Group, the Dublin-based owner of Tennent Caledonian Breweries, received the chain of office from outgoing president Richard Paterson, Whyte & Mackay’s master blender, last week.
The handover took place during The Ben’s AGM, held at Tennent’s Wellpark Brewery in Glasgow, which also saw Ken McGown, of Scottish & Newcastle Pub Company, become vice-president.
Bell told SLTN he was honoured to accept the role, but conceded it came at a challenging time for the organisation.
“It’s a privilege to take up the role of president after being involved with The Ben for the past six years and I’m keen to do as much as I can to move the charity forward,” he said.
“This charity, like every other, faces severe challenges in the current economic climate, and I fully expect the next 12 months to be extremely tough.
“We’ll have to work hard to maintain the same levels of fundraising to ensure we can maintain the high level of care and support we offer our beneficiaries, which includes the ongoing work being carried out at our estate in Pitlochry, where we have pensioners enjoying the benefits of the properties we have.
“I feel privileged to be following in the footsteps of our previous presidents, including immediate past president Richard, who did an excellent job in the last 12 months.”