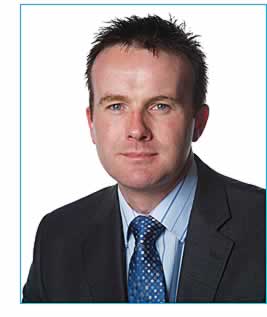 LIKE all commercial property, the value of pub leases has been influenced negatively by the economic downturn.

But there is still a good level of demand among potential buyers for leased properties anchored on viable business plans.
Such is the market assessment of Keith McBain, associate director of Jones Lang LaSalle, whose career in commercial property has seen him market leases for Belhaven, Punch Taverns and Scottish & Newcastle Pub Enterprises.
“As with most interests in commercial property, pricing on leases has come under very significant downward pressure,” he told SLTN.
“What has not changed is the basis for an attractive and marketable lease which does not have onerous or unusual provisions, like automatic uplifts in rent upon assignation or subletting.
“Although there remains some nervousness around leasehold interests, we continue to receive enquiries from occupiers about leasing rather than purchasing.
“In the past, we successfully sold a number of tied and non-tied leases, with one particular tied lease changing hands for a very healthy six-figure premium.
“The business in question did have a very successful and busy food operation underpinned by a good trading location and operator.”
One factor which is potentially making it more challenging to market leases is the volume of freehold properties which are on the market, thanks to the general slowing of the economy.
However, McBain said this is offset to some degree by the fact leases are more realistic targets for prospective buyers due to the ongoing difficulty of obtaining bank finance.
“Good properties and businesses in good locations still attract new proprietors,” he said.
“The difference is that, in prevailing market conditions, there is a plentiful supply of heritable (freehold) licensed property available on the open market, with the expectation that there will be more to come.
“This is often introduced by potential buyers as part of negotiations on property we are marketing.
“There is no point in trying to deny it, and instead we emphasise the strength of each individual property, whether leasehold or freehold.
“Where leasing is benefiting is from operators’ current ability to raise finds, aligning their budget for acquiring a business closer to leasehold than freehold.”