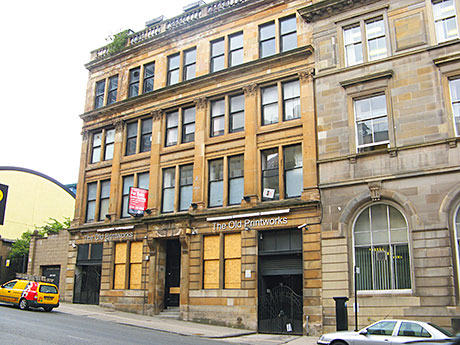 THE former Old Printworks building in Glasgow city centre has been bought by Z Hotels in a deal brokered by Jones Lang LaSalle.

The hotel group, which currently has two premises in the UK – hotels in London and Liverpool – is set to launch its first Scottish hotel in the building, which is located just off George Square.
Steven Fyfe, of Jones Lang LaSalle, who marketed the property on behalf of trustees for the Firm of the Hampden Court Hotel, said the sale of the Old Printworks highlights the demand for hotel developments in the city.
“The development potential of the former Old Printworks building is excellent as the property benefits from full planning and listed building consent, which were both granted for use of the premises as a public house and hotel,” he said.

The building has full planning for use as a hotel.

“The property is also eligible for the BPRA (Business Premises Renovation Allowance) tax-saving equity scheme, which made it even more attractive to the buyer.
“The location of the site, at the heart of the city centre, is ideal for a hotel brand which is committed to accommodating city dwellers. The former Old Printworks building is just off George Square, within the Strathclyde University Campus area and less than 200 metres from Queen Street train station.”
“The sale demonstrates there is an appetite for developers, investors and operators to enter the Glasgow hotel market.”

Image – Z Hotels is set to convert the Old Printworks in Glasgow into a boutique hotel.