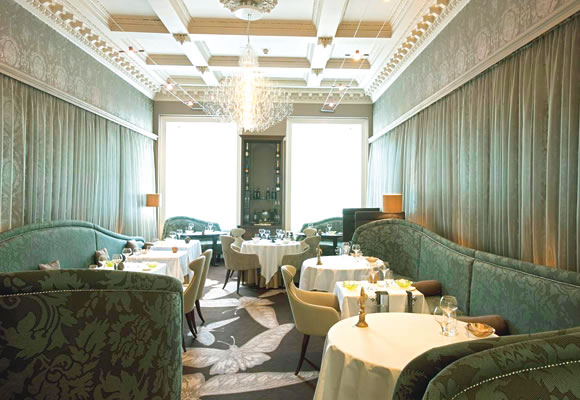 BURNS Design is building a reputation as the ‘go to’ practice for Michelin-starred restaurants.

The Glasgow firm, established by Ronnie Burns 25 years ago, recently completed work on a new bar at Tom Kitchin in Leith.
It was the third project it had handled for Tom Kitchin in Edinburgh, following its work at Castle Terrace, the restaurant the chef co-owns with Dominic Jack, and its initial design of The Kitchin. Kitchin approached Burns after admiring the designer’s work at another Michelin-starred restaurant in the Scottish capital, Paul Kitching’s 21212 on Royal Terrace, memorable for its homage to Caravaggio’s dramatic Seven Works of Mercy painting.
The projects have gained Burns plenty of exposure, but as Ronnie explained last week, fine dining isn’t exactly new territory for the designer.
“We originally did Le Chardon d’Or for Brian [Maule, 2001] so it’s something we’ve done over the years, but we’ve probably had more publicity from the two we recently landed in Edinburgh,” he told SLTN. “We certainly know what’s required in terms of the design and attention to detail.”
Burns’ latest project for Kitchin was to create a space for pre-dinner drinks, accommodating up to 30 guests, at the celebrated restaurant in Leith.
“The bar is described as a celebration of modern Scottish and Swedish design,” Ronnie explained.
“Michaela, Tom’s wife, has Swedish roots and she wanted a lime-wash oak floor. It has Scandinavian attention to detail and simplicity, and features textiles designed by Timorous Beasties and custom-made furniture using wood and textiles from Bute Fabrics.”
On the market in general, Ronnie said activity is picking up slowly, but stressed conditions remain tough in the on-trade. The lack of bank lending is curbing operators’ ability to invest in acquisitions and upgrades, with refurbishments taking place less frequently. 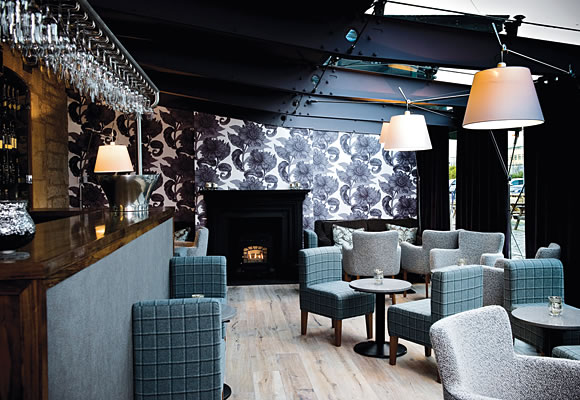 As a result, Ronnie said, clients are asking designers to source materials with a longer shelf life, as well as factor energy efficiency into their plans. But it’s a challenge he said his firm is relishing.
“Clients are looking at the durability of the materials we’re putting into pubs,” he said. “A lot of our clients, for instance, are moving away from tiled bar fronts because of problems with grout and tiles cracking. Luckily, suppliers are being quite creative in the furniture and fixtures they’re sourcing and putting on the market.”