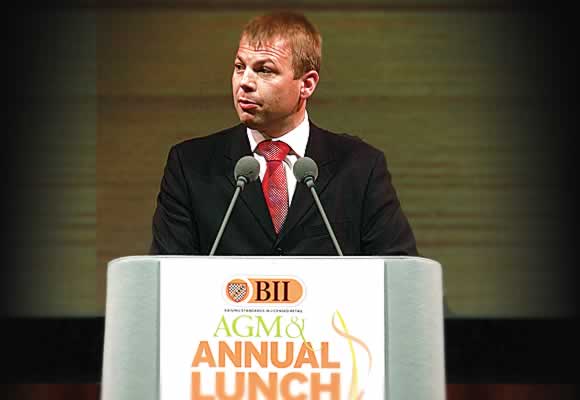 THE body tasked with ensuring the UK’s major pubcos stick to the terms of their new code of conduct is convinced the new agreement is working well for pubs.

The code, which underpins the relationship between tenants and pubcos, was updated last year after MPs on the Business, Innovation and Skills Committee were highly critical of the way the major leasing firms treated their leaseholders.
The revamped code promises more transparency in leasehold agreements and new mechanisms to resolve rental disputes.
It was launched in October, with BII Benchmarking and Accreditation Services (BIIAS) given the job of ensuring its correct enforcement, and so far companies representing 85.9% of the UK’s tenanted/leased estate are said to have had their codes approved.
Although the bulk of the sector has signed up to the new code, problems still persist between tenants and landlords.
In a report published last month, BIIAS confirmed it received more than 20 “serious complaints that are relevant to the codes of practice” to date.
Four were said to relate to the ‘old’ code (and therefore not covered by the revamped agreement); six were investigated and recorded as ‘no breach’ and nine remain under active review. Only one complaint was upheld.
According to BII chief executive Neil Robertson, the figures demonstrate the new code and the mechanism for tenants to report alleged breaches have been positive developments for the operators of leased pubs.
He urged tenants to make use of the new options available to them.
“We’re running this service in the interest of the tenants, so that they can have some comeback when they’ve exhausted their company complaints procedures,” he said.
“If they’re in any doubt, they should write in.
“It’s our job to make sure the companies do what they say they’re going to do.”
Robertson said there is evidence the changes to the code have brought positive changes to the sector already, and promised every complaint is examined in detail by the BIIAS.
“What we’re starting to see is tenants starting to get used to the idea that they have someone else to complain to, and starting to use it,” he told SLTN.
“In practice, we have relatively few breaches under the new code, which shows that the companies are doing what they said they would do.
“Those who disagree with that need to write in and tell us with evidence.
“All complaints will be treated in confidence right up until the point we establish that there’s something valid to talk about.
“We don’t just say to Enterprise [Inns] that we have all these guys who have something to complain about.
“We research each one, and if there’s a case to answer we then, with the tenant’s consent, get involved with the company on it.”
Robertson highlighted other positive developments for tenants which he said had spun out from the BIS Committee’s investigations.
These include a new system for resolving rental disputes (Pubs Independent Rent Review Scheme or PIRRS) and a now mandatory course for would-be tenants (Pre-entry Awareness Training or PEAT), described by Robertson as the “£20 course than can save you £20,000”.
“It explains to new entrants what they need to understand,” he said.
“No one can get a substantive tenancy or lease now without having done it.”
The BII boss also pointed to the early impact made by a new mediation service, which can be used if a relationship between tenant and landlord becomes especially fractious.
“We’ve done three in the last two months between tenants and landlords to resolve situations, usually for things outwith the code, and we’ve had positive outcomes,” he explained.
“We’ve got a 100% record so far, including in some intractable situations.
“I think there’s a willingness on both sides to resolve these things – in the long-term it just damages everybody.
“There’s often a lot of pride at stake.”
More generally, he’s convinced there’s a genuine desire from the leasing companies to get to the bottom of any issues tenants face and to make the relationship work for both parties.
“It wasn’t that there wasn’t a will before,” he said, “there was just a lot of inconsistency and variation.
“Now the HQ gets involved, so if a BDM [pubco business development manager] takes a hardline on a particular issue, there is some comeback.
“It’s not that bad people suddenly become good, but we now have a system that’s more focused on the tenant.
“There will be some who will say it needs to go further, and that will all be aired by the Business Innovation and Skills Committee in June.
“Critics will say the code only covers so much, what about the things it doesn’t cover? That’s, if you like, a separate discussion.”
One issue the committee seems set to return to is the controversial subject of the tie.
The BISC report recommended that pubcos should offer leaseholders a free of tie option, but even if it’s something the government backs Robertson said there’s no guarantee it will make life any better for tenants.
Many tenants, he said, benefit hugely from the relationship and support provided by their BDM, but that back-up may well disappear if the tie goes and the pubco can no longer afford to pay for such services.
There also remains the outside possibility that the pubcos could be referred to the Competition Commission.
For all the questions which appear to have been answered on the way pubcos interact with their tenants over the past couple of years, it seems we’re still waiting on responses to a few more.

(Image: Neil Robertson: critics will say pubcos have to do more to improve conditions for leaseholders.)