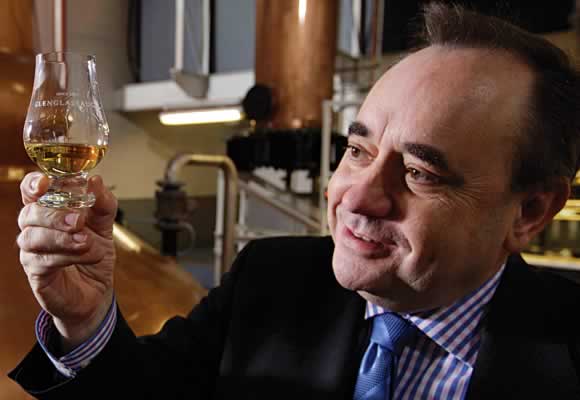 The SNP has signalled its intention to try again to legislate for a minimum unit price for alcohol if re-elected, but there’s no indication that they would be successful second time around

IT’S the issue that refuses to go away. Despite its defeat by opposition parties in the last Scottish Parliament, the SNP has declared that it will again try to muster enough parliamentary support for the policy, should it earn the right to govern again in Scotland after May 5.
In a widely-trailed move, nationalists last week pledged to legislate to introduce a minimum unit price for alcohol in Scotland in their manifesto for the forthcoming Scottish elections.
First minister Alex Salmond, whose personal approval rating has soared in recent weeks thanks to the endorsement of high-profile business people and celebrities, said that this “vital social measure” is needed if Scotland is to meet its problems with alcohol misuse “head on”. This commitment will have earned the applause of the SLTA, which for years has been a vocal and unstinting supporter of the need for minimum pricing.
To suggest it has the universal support of operators and the wider drinks industry would be inaccurate – for reasons that have been articulated often enough in these pages over the past couple of years.
My question at this stage is not whether it is the right thing to do, important though that is for the pub trade, but why there’s talk of it being attempted again so soon?
Taking the internal debate between pub operators, many of whom support minimum pricing, and drinks producers, many which don’t, to one side, the biggest issue is whether or not the policy is likely to gain cross-party support.
It was only a few months ago that minimum pricing was defeated in parliament, at committee stage and in a full vote at Holyrood.
Even with the backing of weighty medical opinion, and the endorsement of no less an august body as the Royal College of Physicians, the SNP failed to win the support of those who, when it really came to the crunch, mattered – their rivals in parliament.
That Labour, the Lib Dems and the Tories appeared to block plans for minimum pricing on political grounds – the very idea of handing the Nats a major policy victory was presumably too much to bear – isn’t really the issue, unpalatable though it was to those who campaigned for it.
What counted was the fact the opposition always had it in their hands to defeat it, for with the SNP governing with a minority of seats, it meant the vote was easily lost.
Fast forward to the present and it’s hard to see what’s changed which would produce a different result.
The SNP insists it will continue to make the case for minimum pricing should it get a fresh mandate from the Scottish electorate on May 5.
But regardless of how persuasive it is, the party will effectively be banging its head against a brick wall – unless it wins an outright majority.
At the risk of sounding defeatist, and I say this as an advocate of minimum pricing, it all seems a little pointless.
And that’s before we get into the argument over whether the measure is consistent with competition law.
Perhaps the Scottish Beer & Pub Association is right.
Instead of wasting more time on something that appears destined to fail, in the short term at least, is it not better to give the torrent of legislation introduced in recent years the chance to bed in? I realise this may not be the most popular suggestion, but it gets my vote.

(above: Salmond’s approval rating has soared with the endorsement of top business people.)