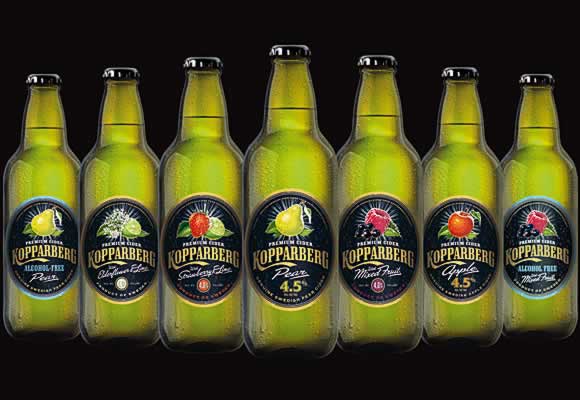 OPERATORS looking to make the most of summer cider sales should cater for the variety of taste profiles now on the market.

Davin Nugent, the boss of Kopparberg owner COS Brands, told SLTN that cider should not be viewed any differently from other drinks categories when it comes to product stocking decisions.
“A lot of bars at this stage have seen the huge potential of cider and are beginning to give it more shelf space,” Davin said.
“Where there tends not to be the same pull through is where people have a pear cider and a fruit cider and see it as a box ticked.
“It’s more than that. Just like beer, you don’t just have one beer type on your shelf, you’ve got loads. There’s a wide variety of tastes there and I think the same is true for cider.
“Kopparberg is enjoyed by a wide variety of drinkers, not just cider drinkers. We would take in more drinkers from outside of cider than we would from current cider.
“It’s important for us to draw in world beer drinkers, white wine drinkers, spirits drinkers as well as cider drinkers.
“There has to be a realisation on the bar’s part that, while they have a dry tasting apple cider and a dry tasting pear cider, they should also have a semi-sweet cider, which is what we would be, to humour the choice consumers are looking for.
“Bars that provide choice are taking a positive step to really take sales to their highest level.”
Davin said Kopparberg, whose range comprises pear, mixed fruit, strawberry and lime and elderflower and lime, was currently maintaining the same level of progress this year which saw it grow by 50% in 2011. He said summer remains a key period for the brand, but insisted the category now enjoyed more perennial appeal.
“There’s no doubt that summer is still the peak, but it’s not the huge peak it once was,” he said.
“In 2006, 2007 you could have been looking at doing 50% of your volume over the summer, but for us that’s not the case any more.”