A PERTHSHIRE hotel on one of Scotland’s major tourist routes has been acquired by a husband and wife team who have relocated from Germany. Originally from England, James and Nellie Thomas bought the leasehold of the Luib Hotel near Crianlarich after holidaying in Scotland for the last six years. James said the seven-bedroom hotel, which sits on the A85 route between Perth and Oban, ticked all the boxes of their search criteria. 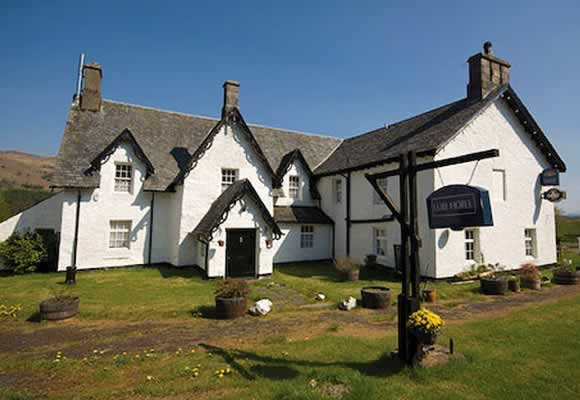 The Luib Hotel, near Crianlarich, sits on the A85 route between Perth and Oban. It has seven letting bedrooms, a lounge bar (right) and dining room.

“We explained to Bruce & Co we wanted a complete change of lifestyle and they were very helpful in finding us a suitable opportunity,” he said.
“When Bruce & Co sent us the details for the Luib Hotel we took immediate action. We booked a stay at the hotel for a weekend and decided straight away that this was the place for us.
“Three days after the initial meeting with the vendors we made an offer which was accepted.
“We are both very happy with the decision we made to go to Scotland.
“It will be very rewarding to make sure all our guests have a great stay at the Luib Hotel.”
The former drovers’ inn, which dates from the 17th century, has seven en suite letting bedrooms, a 60-cover lounge bar and a newly-refurbished dining room, which seats 26. 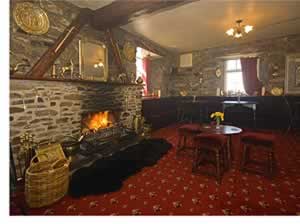 There’s also owner’s accommodation and four static caravans in the one and a half-acre grounds.
The new owners say they’re keen to put their own stamp on what the agent describes as an already well-established business.
“We will be extending the food side of the business,” added James.
“My partner has experience in running high class restaurants and we will be serving quality meals with an excellent wine list.”
Bruce & Co’s Lynn Courtney, who handled the sale, said a favourable exchange rate is attracting many prospective buyers from the continent.
“We are experiencing increased numbers of enquiries from buyers in Europe and beyond attracted to the lifestyle many Scottish businesses can offer,” she said.
“Demand has grown significantly from non-UK buyers, which we believe is, in part, due to the exchange rates currently available and Scottish visitor numbers remaining strong during the recession.”

Who will hop to it in Perthshire?