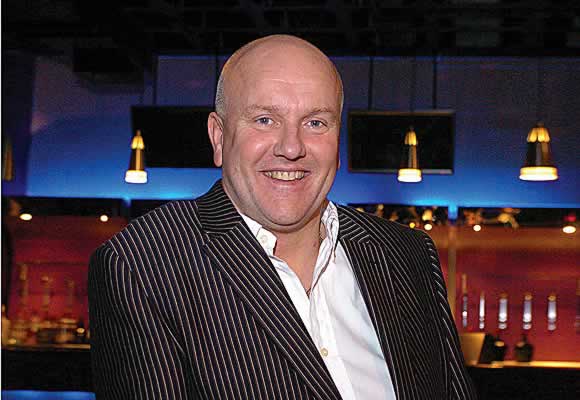 Cumbernauld club boss Mitch Sorbie is standing as the UKIP candidate for West Scotland in May’s Scottish elections. In this Q&A with SLTN’s Scott Wright, he explains why he wants to be the trade’s inside man in parliament

Why did you enter politics?
My biggest gripe in the whole industry is the supermarkets. I think everyone in the on-trade gets frustrated about what the supermarkets can do that we’re not allowed [to do].
They’re so damn powerful that if any government, particularly the Scottish Government, goes head to head with them it would get tied up in litigation.
Supermarkets have far deeper pockets than us. We’re an easy target, hence the reason I want to stand as an MSP.
If I get elected, I can fight for the trade inside the house, as opposed to standing outside throwing stones at the windows once a law has been passed.
I think it is key we have representation. The one thing I find very frustrating is that you walk into my nightclub, pay your door money and have a few drinks for £20.
We’re cheap as far as nightclubs go – all our drinks are £2.
But you walk into a supermarket with £20 and you can walk out with 24 bottles of beer.
If you’re drunk and turn up at the nightclub, we’ll stop you at the door. If you’ve had too much to drink, we won’t serve you.
But when you’re at home, who tells you that you’re too drunk to have the next bottle?
I think the ‘big stick’ to the on-trade is unjustified, because the vast majority of on-trade operators are good, honest and have their customers at heart.

Has the SNP government tried to help pubs?
They give with one hand, and they take away with the other – that’s a very clear thing.
They already have a tool for minimum pricing – it’s called duty increases. My question with minimum pricing was always: who is going to get the benefit of it? Where’s this 40p, 50p a unit going to go? They don’t give you the full picture.

What frustrates you about current licensing law?
I don’t think people have woken up to the powers that have been given to licensing boards under the 2005 Act.
If they’re taken to extreme, we could end up with prohibition in Scotland, because they can price businesses out of the market with the social responsibility levy that’s just been out for consultation. There’s been very little consultation with the ‘soldiers at the frontline’, ie the pub and club operators, to see how this thing will work.

What’s wrong with the levy?
If there are problems with a late-night venue, yes, you have to look the reasons why.
But ultimately I don’t see why any council should be given carte blanche to levy whatever charge they want. So if they want to stop a club from operating, technically speaking they could come up and say, ‘we want £50,000 from you’ because it’s a troublesome venue.
And either you pay it, or the board will suspend your licence till it’s paid in full, in which case it will just close the business.
If the social responsibility levy gets voted though, which there’s a strong possibility it will, it will be a major nail in the coffin of this industry.

Would boards impose levies of such magnitude?
They would be open to ridicule, but at the end of the day the Act allows them to do it.
If they wanted to close a venue, what easier way to do it than price it out of the market?
It’s key that we get representation in the Scottish Parliament so we can influence these things before they come out, rather than having to react and fight them once they have been passed. The smoking ban was a classic example. My initial understanding was that it would apply to food operations. All of a sudden it changed over night to a blanket ban. There was no referendum for the people. It just came in and the industry suffered badly from it.

What attracts you to UKIP?
I like the UKIP philosophy. My catch phrase has always been ‘Britain used to be the envy of the world, now, unfortunately, we’re the laughing stock’.
The problem we now have [with the EU] is that laws are being passed by faceless bureaucrats that no one in this country has voted for.
I look at membership of the EU as being like a sports club – it’s fine when you can afford it. We can’t afford it at the moment – it’s costing Scotland something in the region of £48 million a day to be a member.

What frustrates you about Scottish politics?
I just wish the politicians would be honest. If you know where you’re starting from, people can accept it. But no one ever answers a direct question. They talk for ten minutes and say nothing.

What’s your strategy?
I don’t think UKIP will ever win a seat on the first vote. I see my opportunity through the regional vote, ie the policing vote, to make sure people do what they say they’re going to do. People can vote Labour or SNP, but if they give me their regional vote it would allow me to question anything that’s not sensible, because I think MSPs lose touch with things.
If I can get the licensed trade behind me, then the pub and club owners will say to their customers ‘have you thought about this?’. At the end of the day there’s only one person that will pay for it [legislation] – the end consumer.

Mitch Sorbie is standing as the UKIP regional candidate for West Scotland in the Scottish elections on May 5.