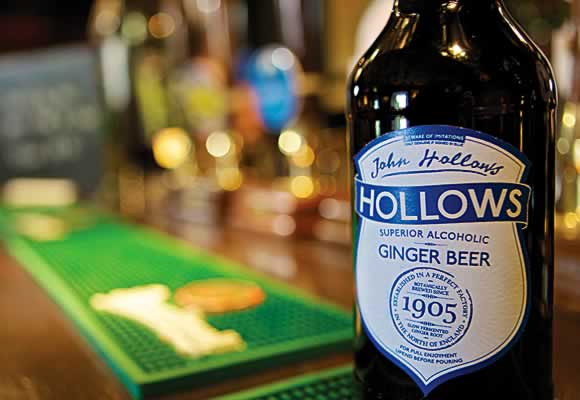 THERE’S a relative newcomer to the drinks scene that’s winning a place in young adults’ affections.

After the ready-to-drinks boom of the 1990s and the bottled cider phenomenon of the noughties, alcoholic ginger beer is now staking a claim for what’s broadly seen as a notoriously fickle market.
From relative obscurity a couple of years ago, a category which now boasts a number of brands, including Crabbie’s, Hollows, Frank’s and Stone’s Ginger Joe, has been firmly established.
According to Clive Patten, marketing manager for Ginger Joe, which is ultimately owned by wine firm Constellation, the category is worth some £21.8 million in the off-trade alone.
Patten cites a current “general interest in all things ginger” as helping boost sales of alcoholic ginger beer.
“It [interest] is not just in drinks, but also in food and cooking,” he said.
“In all manner of foods, ginger seems to be a flavour of the moment.”
Adrian Hirst, national sales director at COS Brands, parent company of Frank’s ginger beer, agreed, saying the spiciness of ginger offers a “real point of difference” to the category.
They may have spice in common, but each of the alcoholic ginger beer brands has sought to establish its own point of difference.
Ginger Joe is pitched at younger consumers, while Frank’s, sister brand to Kopparberg cider, is said to have been formulated to have a less spicy flavour than its rivals.
Soft drinks producer Fentimans has positioned its Hollows alcoholic ginger beer at the premium end of the market, highlighting that it’s made using 100% natural ingredients.
That alcoholic ginger beer as a category is reaching a broad following is seen as positive by suppliers.
“With Ginger Joe we’re targeting a 20-40 year old consumer, both male and female,” said Patten.
“Those younger drinkers are currently drinking cider or premium packaged lagers. Maybe they’ve grown out of RTDs and they’re looking for something just a little bit different.
“Then there is an older age group that would be drinking bottled ales.” 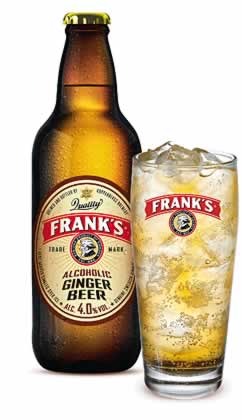 Al Cross, brand manager for Crabbie’s at Halewood International, also highlighted the nostalgic appeal of ginger beer, which consumers may have previously enjoyed as a soft drink.
“Consumers look for great tasting quality products with heritage and a strong brand story,” Al said. “Crabbie’s is able to fulfil that demand and continues to work closely with its loyal fan base to ensure it remains the leading brand for all things ginger.”
As to whether the alcoholic ginger beer category can sustain its current level of growth, Hirst at COS said it’s too early to tell. “The ginger category is now established, it’s gathering momentum, but whether it’s a long-term category remains to be seen,” he said. “But the chances of it happening are improving as more brands come into the market.” Others, such as Patten, seem more certain about the category’s future.
“From our perspective, we are looking to develop a brand that works into the medium and the long-term,” he said. “We’ve not created Ginger Joe as a short-term fad. We are actively looking to create a brand that lasts for years to come. Our view is that alcoholic ginger beer as a category will continue to grow rapidly.”
Tiffany McKirdy, operations manager at Fentimans, advised operators to capitalise on the category’s growth. “Offer customers choice and give the products prominence on shelf to make it work for you,” she said. “At the moment there are several brands jumping on the bandwagon. I think that some will obviously perform better than others and there will be a premium sector of this category established, led by Hollows.”