His cost base has soared in the last two years, but the man behind Glasgow’s Bella Napoli, Domenico Crolla, tells Scott Wright why he has no intention of changing his culinary philosophy. 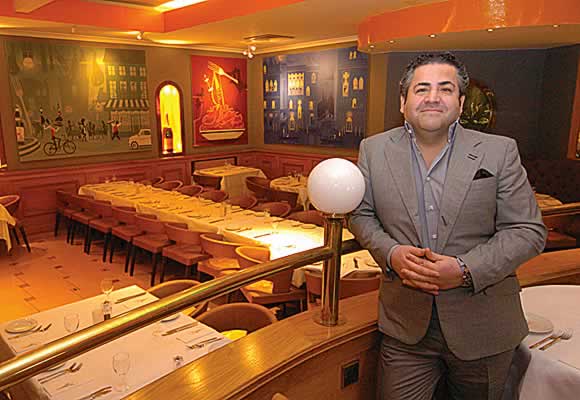 It’s a predicament facing hundreds of operators. But while it’s been enough to tempt some to seek savings on the supply side, particularly as consumer confidence wavers, the idea of compromising on product quality is anathema to the owner of Bella Napoli on Glasgow’s Kilmarnock Road.
Crolla, whose family owns some of the city’s best known Italian food destinations, understands the pressures which lead operators to cut costs.
However, it seems no amount of economic difficulty would cause him to abandon the principles drummed into him by his father, Alfredo, who has owned Dino’s, one of Glasgow’s original Italian restaurants, for 30 years, and the Pizza Crolla takeaway on Buchanan Street.
Despite the clamour among consumers for cheap deals, he insists he will continue to buy the best mozzarella, chicken, coffee and wine he can.
And so far he has done so without putting his prices up: pizzas and pasta dishes broadly come in just under the £10 mark, with chicken and steak meals incrementally more expensive.
“Maybe it’s out of arrogance, [but] I’m proud of what we’re selling and there’s a certain value to that,” he told SLTN.
“I don’t want to under-sell it.
“I’m selling the most expensive coffee you can buy in Glasgow – no one is spending more than £13.99 per kilo for coffee, I know that for a fact.
“The way we do our pizza [means it] is the most expensive pizza in Glasgow, between the raw ingredients and the way of doing it. If you’re doing that, and you’re cutting your prices, you’re wasting your time.”
While Crolla’s values were shaped by his father, who believes “50%” of what chefs can achieve is down to the ingredients at their disposal, he received his formal education at hotel and catering school.
After graduating he was encouraged not to join his father’s business, but to do his own thing. The same expectation was made of his brother, Remo, who runs Little Italy, a long-established pizza takeaway and cafe on Glasgow’s Byres Road.
Domenico took his first steps in the takeaway sector, launching what was first called Dominoes on Cardonald Road until a certain US operator entered the UK market. It was while at Dom’s, as it was later renamed, that he saw what good product quality can do for a food-based business. “That’s when I learned about buying power,” he said. “We had local competition and I thought, ‘how can I make my product better?’
“I soon realised that the only thing that can make a pizza better than someone else’s is technique, or what you buy for it. So at that point I took an interest in better oil and flour and cheese. I took a wee bit of pride in trying to put out a better product.”
But while in most cases competition in a market forces prices down, the opposite came to be true when Dom’s went up against Mario’s on Crookston Road.
Domenico laughed as he recalled how a ‘reverse price war’ broke out as he became determined that no one should buy his pizzas just because they were less expensive than the ones down the road.
“Even now I have no posters in my window saying ‘buy two get one free’ – I don’t want someone coming to me because I’m cheaper,” he explained.
Domenico took over Bella Napoli four years ago from his father, who had run the restaurant for the previous ten.
Split over two floors, a bustling street level space and a more subdued, intimate dining area downstairs, it derives its custom from Shawlands and the affluent areas of Giffnock, Newton Mearns, Whitecraigs and Pollokshields. 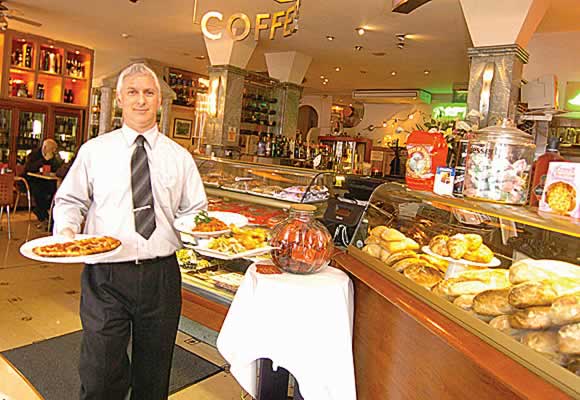 The Crolla family originally come from an area between Naples and Rome, with Domenico taking his culinary inspiration from the former. “So many regions in Italy boast that they have the best gastronomy in the country, but Naples has the simplest,” he explained.
“It relies on its mozzarella, its tomatoes, its herbs. To me it’s the best food; it’s not great gastronomy, but its tastes great.
“You’ve got all this molecular gastronomy going on at the moment. It’s lovely, but it’s over-complicated.
“You go to these restaurants for special occasions, but I don’t want to be known as a special occasion venue – I want people to come to me every week.”
And come they do. Domenico reckons he’s still getting as many patrons through the door as he was before the downturn struck.
What has fallen, however, is how much they’re spending per visit, revealing that diners are happy to opt for the house wine or the least expensive bottle on the list because the quality is now pretty good at that level.
Looking ahead, his immediate challenge is to continue to strive to do better than the competition, while gradually improving his own knowledge of food and the skills of his chefs.
A price rise may be in the offing, given the cost increases brought by the VAT rise, inflation and the strength of the Euro versus the pound (he buys most of his food from Italy) in the past two years, but he has yet to make up his mind.
What definitely will not change, however, is his commitment to utilising the best produce he can.
“There’s a reason I go to a certain level [of ingredient], and I think that makes a difference,” he said.
“A lot of restaurants in Glasgow keep a certain level because they understand the product. If you look at Seumas [MacInnes] at Cafe Gandolfi [in Glasgow], he’s not going to skimp on ingredients because his name’s on the door.”