THE UK drinker’s quest for the exotic is continuing to power the world beer category in the on-trade, ensuring it remains in growth despite the obstacles posed by government duty policy and the general economic gloom.
Responding to questions from SLTN last week, brands and distributors said the trend of consumers seeking non-mainstream drinking experiences, buying beers they recognise from trips abroad, and putting emphasis on products imported from their country of origin is continuing. 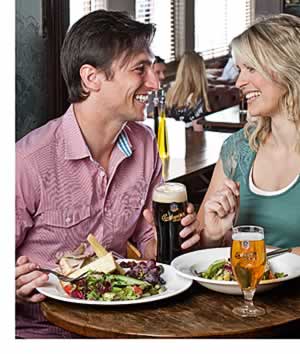 And although the country remains stuck in the economic mire, suppliers insist world beers are the kind of ‘everyday treat’ drinkers reckon they can still afford.
But there remain areas where the on-trade could be doing more to fully leverage the opportunity provided by the category, through matching beer with food or training staff to ensure draught products are presented the way brand owners envisage.
According to Miller Brands, the UK division of SABMiller, which supplies Peroni Nastro Azzurro, MGD and Pilsner Urquell to Scottish bars, the world beer category grew in both value (6%) and volume (7%) terms in the year to December 25, 2010.
“This is being driven by consumers looking for something different from their normal lager brands on specific occasions, whether it’s matching with food or just looking for something a little less traditional,” said MBUK trade marketing director Emma Edwards. “They are becoming more adventurous in their tastes and the growth in world beer is testament to this.”
Sales figures for MBUK’s own brands appear to support this analysis. Peroni was said to have experienced value growth in the order of 7% in the year to December, while draught Pilsner Urquell delivered growth in volume (15%) and value (24%) (source: CGA Strategy Scottish on-trade, MAT December 25, 2010).
And it’s not the only supplier with a positive story to tell.
Importer Morgenrot Group said it saw sales growth of 20% on Spanish draught import Cruzcampo last year on the back of close relationships with distributors Stellar Brands, Dameck Drinks and Belhaven, while Budweiser Budvar reported it performed ahead of the market in draught and packaged formats. Packaged sales were up a “stonking 106%” in volume terms, according to CGA data, which Budvar put down to a “massive increase (31%) in rate of sale”.
The world beer joy was also shared by Heineken UK, whose Tiger brand in draught and packaged formats is showing “general growth in the on-trade at 16.1%”.
Budvar’s Jill Sutherland said the economic gloom was affecting sales, but stressed the off-trade had felt the strain more than the bar sector.
“One of the things going for many world beers is that they are upmarket products purchased by people [who are] economically a bit sheltered from the worst of the downturn or they have been regarded as products for the high-status occasion, and these still go on whatever the economic weather,” she said.
Chilli Marketing, the distributor behind Peruvian import Cusquena, said the world beer category is even managing to shrug off the difficulties brought by current UK taxation policy, with speciality and premium brands displaying “double-digit growth in the last five years”.
However the firm, which also supplies cider brand Rekoderlig to the on-trade via suppliers like Belhaven, Matthew Clark, WaverleyTBS and Wm Morton, remains concerned over the impact the drinks duty escalator will ultimately have on the industry.
“Getting on my soapbox, I personally think the coaltion’s policy to continue the duty escalator is harmful to all sectors of the industry,” said Chilli Marketing managing director Kieron Barton. “It is badly thought through and is short-termist at best in trying to get revenue into the government coffers.
“It makes absolutely no sense at a time when inflation is in very dangerous territory and jobs need to be protected to pursue a policy that is so detrimental to both.”
It’s a stance broadly shared by Molson Coors, which recently added Mexican brand Corona Extra to its stable of imports. The brewer’s new director of sales for Scotland, Alasdair Hamilton, made the point that the Treasury was no longer benefiting from duty, as beer is now taxed so heavily that sales are being hit, spelling bad news for brewers and pubs.
He also rounded on the continuing policy of levying a lower rate of duty on cider compared to beer.
“The archaic gulf between low-level cider tax and the huge rates endured by beer drinkers gets wider with every hike of the duty escalator while higher strength drinks enjoy one of the most lenient tax environments, relative to beer, in the world,” he told SLTN.
“In the recent Budget yet another opportunity was missed to overhaul Britain’s outdated tax system by closing the 100% gap between beer and cider tax rates and to reinstate a sensible, meaningful tax ratio between low and high-strength drinks, as exists across the majority of Europe.
“The continued persecution of the sector – tax up more than 60% since 1995 – means beer tax is eight times higher than France, ten times higher than Spain and eleven times higher than Germany.”
Pub owners may not be able to influence tax policy, but suppliers say they can take steps to sell more beers from around the world in their outlets.
Morgenrot, which also supplies Quilmes from Argentina and Germany’s Krombacher to the on-trade, says staff training is key in this regard.
“The serve is vital, especially for draught world beer brands, and if this isn’t done right, consumers won’t be happy, especially after having to pay a premium,” said Morgenrot’s Graham Archibald.
Food and beer matching, meanwhile, is high on the agenda for Tiger, which has its origins in Singapore.
With consumers looking to twin their increasingly sophisticated taste in food with alcoholic drinks, senior brand manager Jason Wils said it’s “important that licensees stock an appropriate range of international beers from around the world that reflects the origins of the dishes that appear on their menus”.