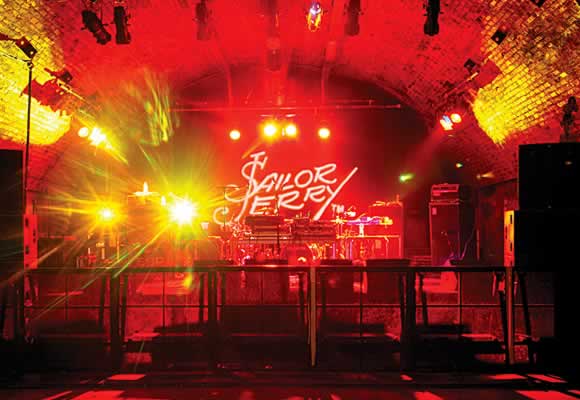 The sight of a drink’s branding on stage, or even the product itself being consumed by a band, can help to cement a brand’s association with live music. And these days the association goes deeper than sponsorship, with drinks brands opting to cut out the middle man and organising their own concerts and events. None of this is news to a brand like Jack Daniel’s, of course.
The Tennessee whisky can trace its live music links back to the nineteenth century, and this year is continuing its ‘JD Set’ campaign with three special gigs across the UK. Held in London, Manchester and Glasgow, the gigs see prominent British musicians, including Ash frontman Tim Wheeler, Stone Roses and Primal Scream bassist Mani and Texas frontwoman Sharleen Spiteri, covering well known tracks by other artists.
Jack Daniel’s is supporting the gigs through advertising in music titles and a presence on Facebook. There is also studio footage of the various artists rehearsing their songs on the JD Set website.
“Jack Daniel’s has a history of supporting music since the day Mr Jack formed The Silver Cornet Band in 1892 to entertain the Lynchburg community,” a brand spokesman.
“The JD Set embodies the modern day spirit of Mr Jack’s band, bringing people together and sharing great music. We are once again thrilled to be teaming up with renowned musicians, re-creating iconic tracks from recent years and enhancing Jack Daniel’s association with music.” Wheeler’s gig took place last month in London, with the second gig taking place later this month in Glasgow. Mani will follow in May, with a concert in Manchester. 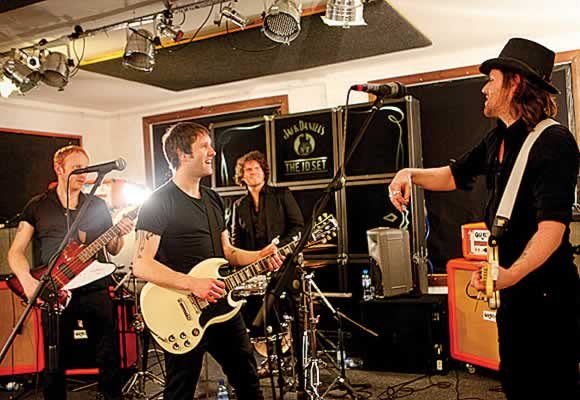 Brands such as Sailor Jerry and Jack Daniel’s are embracing live music as a way of promoting themselves to young adults. Both brands are organising their own events in the course of 2011.

And Jack Daniel’s is not the only spirits brand to be taking to the stage this month. Rum brand Sailor Jerry, distributed by First Drinks, kicks off the latest stage of its ‘Sailor Jerry Presents’ tour with a concert in Brighton, with another in Glasgow next month and more to follow later in the year. In contrast to the Jack Daniel’s events, the Sailor Jerry gigs will look to showcase emerging acts rather than established names, featuring bands such as Pulled Apart By Horses and Pete and the Pirates.
The brand is promoting the gigs through a UK-specific Facebook page which also gives fans the chance to win a guitar signed by Pulled Apart By Horses, and Sailor Jerry artwork will be exhibited at each event.
“The Sailor Jerry Presents gigs that launched last year were hugely successful and instrumental in contributing to the cult following the Sailor Jerry brand has,” said Tom Wade, senior brand manager for Sailor Jerry at First Drinks.
Spirits bands aren’t the only ones using music to target young adults, however.
Cider brand St Helier has signed on as the headline sponsor of the new Online Music Awards, which aims to highlight unsigned acts. A panel of music experts will shortlist five acts in seven different categories, and the winners will then be chosen by the public. John Mills, managing director of parent company InterContinental Brands, said that the online audience will provide St Helier with global exposure.