HOTEL rooms in St Andrews are the most expensive in the UK,
according to a new report

Visitors to the Fife town paid an average of £162 a night last year, putting St Andrews in the top spot ahead of Bowness-on-Windermere, in the Lake District, and London.
That St Andrews’ Old Course staged last year’s British Open Championship golf tournament is said to have driven the 20% uplift in prices, according to the 2011 Hotel Price Index published by hotels.com last week.
It came after a separate study by The R&A, which organises the Open, and EventScotland claimed last year’s event brought £100 million in economic and marketing benefits to Scotland.
In the Scottish capital, hotel room prices rose 5% last year to average £101 a night, found the hotels.com report, which cited increased flights to Edinburgh airport, the festival and the marathon as contributing to the growth.
Hotels in the Highlands also fared well price-wise last year, with a “surge” in demand from travellers contributing to a 22% spike in Perth, to average £68 a night, and a 9% increase in Inverness, taking room rates to £76 on average.
Aberdeen, meanwhile, recorded a 5% rise in hotel room prices to £77 a night. But hotel prices didn’t rise in every Scottish town and city. 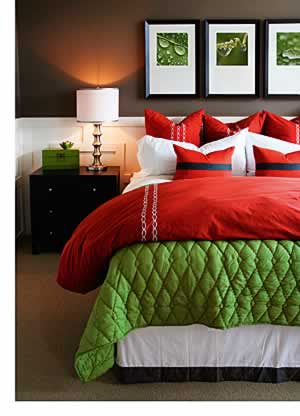 Average prices in Stirling fell 10% to £78 a night last year after what the survey described as a “strong” performance the previous year during the Homecoming events.
Glasgow saw a 2% drop, which hotels.com put down to a “fall in conference business at hotels and, therefore, lower business bookings”.
Across the UK, average hotel room prices rose 2% last year to £83 a night.
David Roche, president of hotels.com, said Edinburgh was the second most-popular city in the UK with overseas travellers and the third favourite with domestic visitors.
“Tourist cities such as Edinburgh, Perth and Inverness all saw price rises well above the UK average increase of 2%, although the picture across Scotland was more mixed,” he said.
“Scotland was a favourite destination for both foreign and domestic travellers in 2010 with a string of popular cultural and sporting attractions, such as the British Open golf tournament.”
The importance of the Open Championship to Scotland’s wider economy was highlighted in a report published by The R&A and EventScotland earlier this month.
The study claimed last year’s Open in St Andrews brought a total of £100m in economic and marketing benefits to Scotland.
Of the £47.4m Scotland-wide economic impact the competition is said to have brought, more than £40m of this went directly into the local St Andrews and Fife economy.
A destination marketing benefit of £52.6m was calculated from global TV coverage of the event, which the study said presented Scotland as the ‘home of golf’.
“The Open Championship averages six appearances in Scotland in a ten-year cycle and we are delighted that the only major championship staged outside the United States delivers such a powerful legacy,” said The R&A chief executive Peter Dawson.