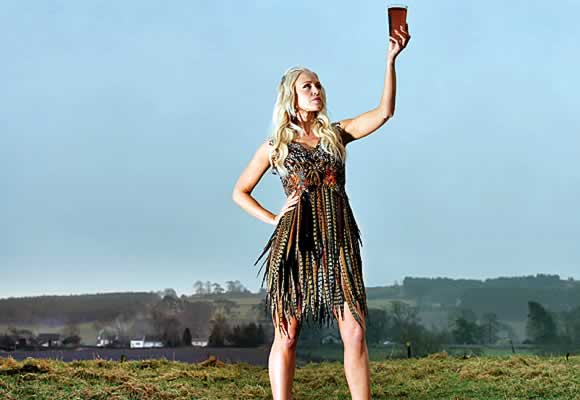 Game Bird, a 4% ABV amber ale, and the 3.8% Foxy Blonde are the first beers from the recently-launched Scottish Borders Brewery, which claims to produce Scotland’s only ‘plough to pint’ beers using home-grown malting barley and spring water.
The beers, now available in more than 50 pubs, were officially launched by former Miss Scotland Lois Weatherup. Brewery owner John Henderson hopes the beers will appeal to a broad range of consumers. “We have selected product names to reflect the beers’ countryside heritage but they also have double meanings to add some humour to our brand,” he said. “We want drinking our beers to be part of a great night out – good company, good banter and good beer – for us that’s what it’s all about.”