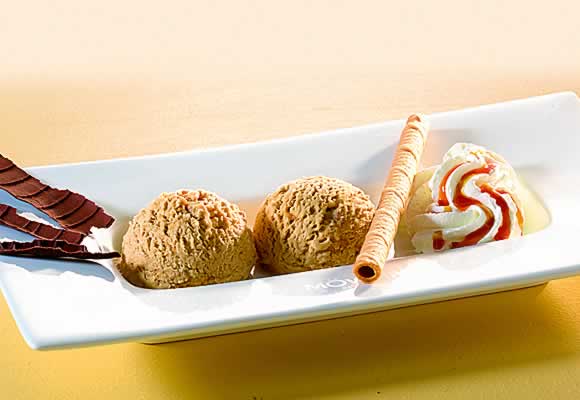 Ice-cream a lighter and cheaper alternative to traditional puddings

The frozen dessert is a ‘must-have’ on any menu, according to suppliers and producers contacted by SLTN last week, particularly in the current economic climate as consumers maintain a tight grip on spending.
Considered a cheaper and lighter alternative to more traditional sweets, ice-cream could help win over some of the 60% of diners who don’t order a dessert, according to Movenpick managing director Barry Areington. “This is a staggeringly high number and represents a significant lost opportunity for any establishment,” said Barry. “It may be due to a number of factors, such as staff simply not selling the menu, or, more likely, that desserts are seen as too heavy or too costly by the consumer.
“This is where super-premium ice-creams really add value and can tempt ‘dessert-shy’ customers to make additional purchases. A duo or trio of complementary ice-cream boules, for example, offers consumers an interesting and indulgent dessert option, which can be lighter and cheaper than a more traditional pud.” And there’s no reason why caterers can’t offer diners plenty of choice. 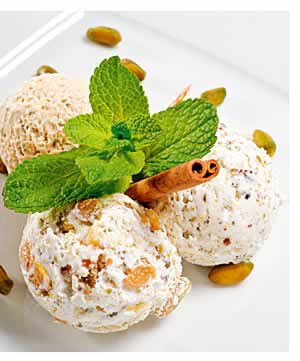 While the traditional vanilla, chocolate and strawberry variants remain popular, the range of flavours and styles available gives operators scope to cater for a broad range of tastes and budgets.
“Consumers expect a good quality dairy ice-cream, however more unusual flavours are becoming popular: Scottish tablet, apple pie and caramel shortcake, for example,” said Enzo Durante, managing director of Paisley-based Porelli. “Ice-cream offers the operator the opportunity to work their margins by being creative with flavour combinations, inclusions, adding rich caramel or chocolate sauces and serving it in attractive glassware.”
The profit opportunities of ice-cream were echoed by Barry at Movenpick, who advised operators to stock traditional vanilla, strawberry and chocolate variants along with some contemporary flavours. “Different and interesting options, such as Movenpick Espresso Croquant and Double Cream & Meringue, will add interest to any menu,” he said. “Alcohol-based flavours are also a more unusual option and are increasing in popularity, with ice-creams such as out Movenpick Cognac VSOP and the new Movenpick Amaretto & Almond offering an innovative twist on an after-dinner liqueur. With a bit of creativity and inspiration, a quality repertoire of ice-creams can add value, interest and, most importantly, profit to any menu.”