AYRSHIRE operator Buzzworks has launched a legal challenge against the board’s decision to grant pub giant JD Wetherspoon a licence to open a 500-capacity outlet in Prestwick.
And the firm, whose outlets include Elliots and Dome in Prestwick and Scotts and Lido in Troon, is aiming to open its own 500-capacity pub just yards from the Wetherspoon site if its legal bid fails.
Colin Blair, who runs Buzzworks with brother Kenny and sister Alison, told SLTN the firm is seeking a judicial review of South Ayrshire licensing board’s decision to grant Wetherspoon a licence for the Main Street site on the grounds of overprovision. It failed to thwart the Wetherspoon bid at the planning stage. 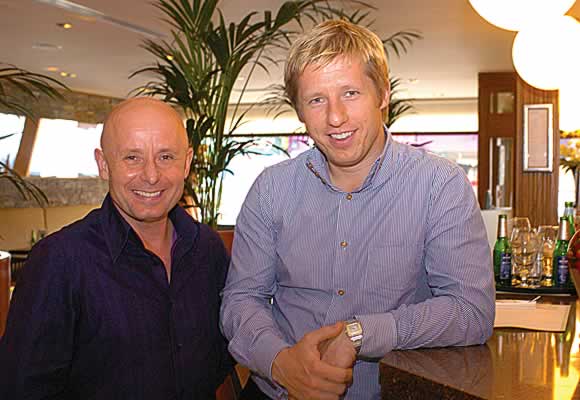 The legal challenge comes after Buzzworks secured planning permission to turn the town’s former Broadway cinema, also on Main Street, into a pub the same size as the proposed Wetherspoon outlet. It has owned the building since 2003 but had an earlier application to turn it into a boutique hotel, restaurant and nightclub refused over noise concerns. Blair said opening the pub would be a “last resort”.
“If it comes down to cheap drink and large volume premises – if that’s what the trade is coming to – then we may be forced to enter the fray,” he said. “We’re preparing plans to do that but it goes against everything we do.
“We’ve got a huge investment in Prestwick and we need to protect our business. Independent operators must put a stake in the ground against the roll-out of superpubs selling cheap alcohol. This is not about Wetherspoon, it’s about overprovision. There’s already drinking capacity for 1155 people in the street and Wetherspoon would add another 500; it’s a clear case of overprovision.”
South Ayrshire licensing board’s policy statement states that while “Ayr town centre, Prestwick Main Street and Maybole in particular are well served in relation to licensed premises, the board is not of the view that there is overprovision”.
A spokeswoman told SLTN the board could not comment on the judicial review.
A spokesman for Wetherspoon said there are no dates confirmed for work on the Prestwick site to commence or for the pub to open. “We are aware that Buzzworks is seeking a judicial review, though this has not yet been confirmed,” he said. “If they choose to go ahead with this, we will then have to await the outcome.” Blair said the case is due to go to the Court of Session in Edinburgh in June.