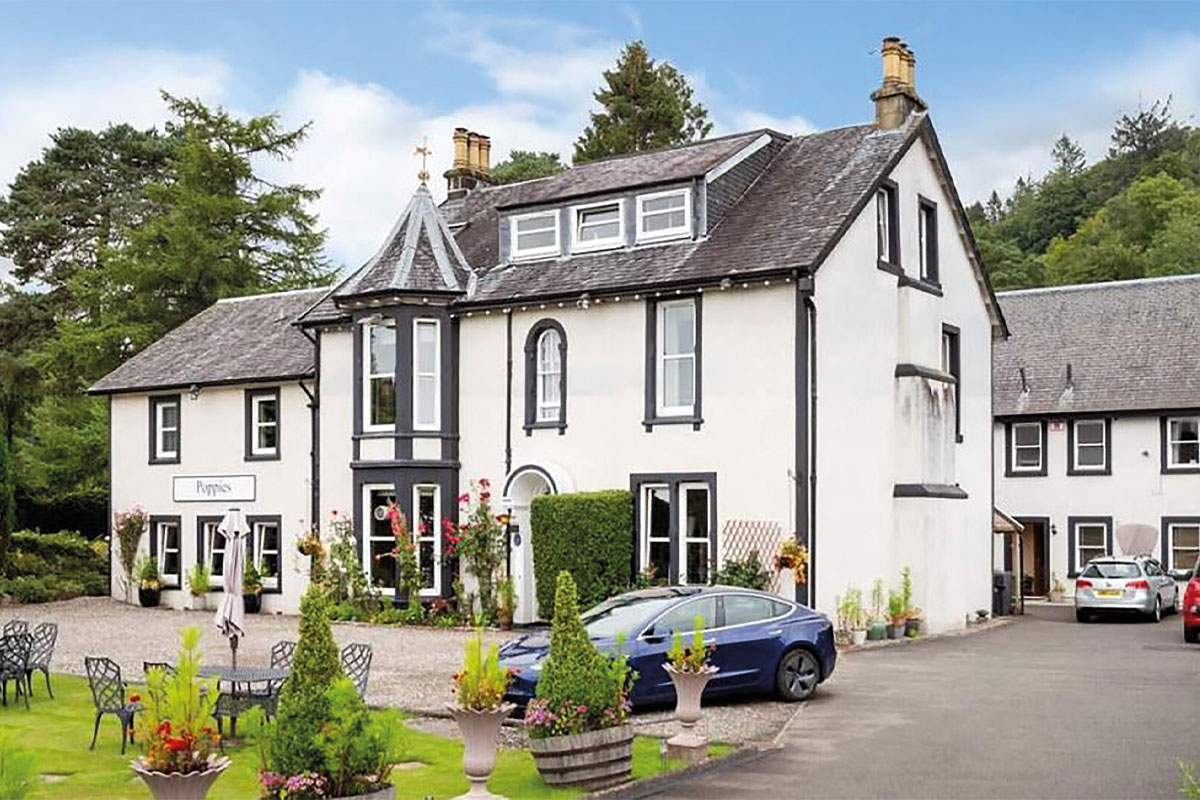 A HOTEL in a historic Stirlingshire property has come onto the books of Drysdale & Company.

Occupying a former private house which dates from 1894 and set in landscaped gardens, Poppies Hotel in Callander comprises nine en suite guest bedrooms, a whisky bar, a 40-cover restaurant and a licensed beer garden. There’s also a separate three-bedroom detached house to the rear of the hotel.

Current owners John and Susan Martin have grown and developed the business since they acquired the then guest house in 2004, embarking on a gradual refurbishment programme in 2005, adding the adjacent three-bedroom house in 2007, and, in 2009/2010, a new bar built from local oak.

The Martins said that while the refurbishment was a “big undertaking”, it “really enhanced the hotel”, increasing occupancy, building strong local trade for the restaurant as well as repeat hotel business.

“We have loved it here,” said John, who has been in the hospitality industry for over 40 years.

“The main house is rich in history and charm. Originally it was used as a private house and, during the war, housed families from Glasgow. From the mid 1970s it was turned into a bed and breakfast, then in the ‘80s a hotel called the Glen Orchy, with only its restaurant themed around Poppies due to the owner’s love of the flower. She then decided to call the whole place Poppies Hotel, and the name stuck.

“The name has been retained since then as all subsequent owners, including ourselves, realised how well known it had become.”

Stuart Drysdale of Drysdale and Company, which is marketing Poppies Hotel with a freehold asking price of £675,000, said: “Poppies Hotel represents yet another strong opportunity coming to the open market. This is an award-winning hotel. The separate accommodation also represents an additional opportunity if the owner or operator wanted to stay elsewhere, freeing up this property for private self-catering use, subject to local permissions.”