COVID status certificates could create a number of challenges 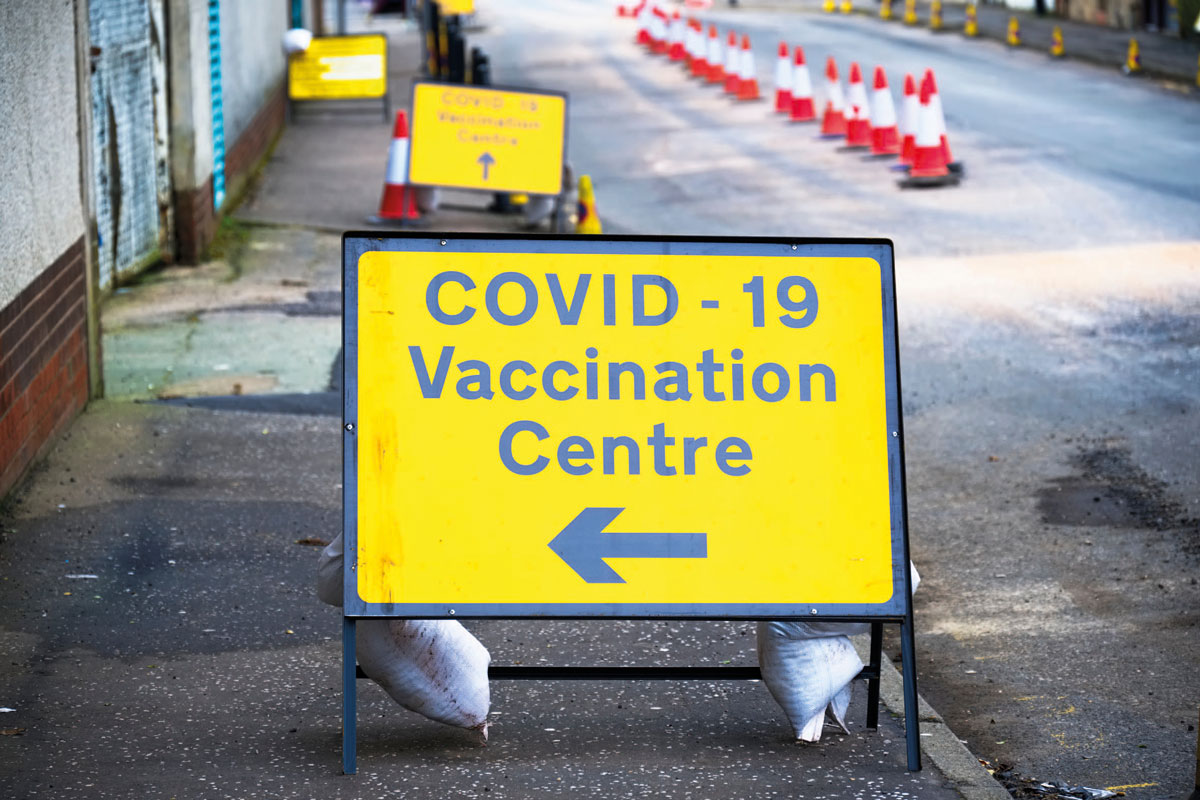 BELIEVE it or not, there is a precedent for mandatory inoculations.

The Vaccination Act of 1853 introduced compulsory smallpox vaccinations for children, with a £1 fine for parents or guardians who omitted to have the procedure carried out.

While the possibility of legislation making COVID-19 vaccinations obligatory can be ruled out (insofar as anything can be ruled out at the moment), ‘COVID status certification’ is another matter.

There appears to be little public opposition to mandatory proof of vaccination for international travel. But introducing that requirement for domestic travel or access to hospitality venues is a giant step.

The pre-election Scottish Government’s position is opaque, although there’s a clear recognition that vaccine certification would fuel inequalities and severely disadvantage certain sections of society.

Unsurprisingly, the trade has not responded enthusiastically to the possibility of a further burden, with the Scottish Hospitality Group branding a certification requirement “impractical” and “futile”.

In the employment law arena, specialist lawyers foresee myriad problems on the horizon. The Health and Safety at Work etc Act 1974 requires employers to ensure, so far as reasonably practicable, the health and safety of their employees; and that persons not in their employment are not exposed to the risks to their health or safety.

A sharp question arises as to whether the employment of persons who have chosen not to have a COVID-19 jab could place employers in breach of those obligations.

The Equality Act 2010 makes it unlawful for employers to discriminate against job applicants (and existing workers) because of a “protected characteristic”: that is to say, age, disability, gender reassignment, marriage and civil partnership, pregnancy and maternity, race, religion or belief, sex and sexual orientation.

So, a person who has decided not to be vaccinated does not, on the face of it, have that protection. But the position may not be quite so simple. There could be cases of indirect discrimination where a worker or job candidate has a valid reason for declining the jab: pregnancy is an obvious example.

While there’s no known risk associated with giving other non-live vaccines to pregnant women, no specific data exists as yet about the safety of COVID-19 vaccination in pregnancy. That lack of information may well justify an individual’s decision to decline the vaccine.

Less obviously perhaps, there may be a religious reason.

I haven’t been able to discover where the vaccines currently available contain substances that would breach Halal laws but, if that was the case, there may well be unlawful discrimination. There are also likely to be cases where a physical disability militates against taking the injection.

Where an employer adopts a ‘no jab, no job’ policy that will require a change to employees’ terms and conditions. That’s a tricky exercise, except where the change involves a positive benefit – an increase in a paid holiday entitlement for example.

On the other hand, there’s a clear case for requiring those working in certain environments to be vaccinated: hospitals and care homes come to mind.

Article 8 of the European Convention on Human Rights provides for a right to respect for private life. It might well be argued the right is violated where a person decides against a breach of bodily integrity.

But the right isn’t absolute: it requires to be balanced against public safety considerations as well as the protection of health and the rights of others.

This is truly uncharted territory.

Vaccination doesn’t prevent the contraction of COVID-19 but, where effective, it prevents serious illness.

Nevertheless, although over 1.04 billion doses have been administered worldwide, scientists have so far been unable to reach a conclusion on whether those who have been vaccinated are incapable of spreading the virus.