IT’S the most wonderful time of the year – a time when many pubs are stowed out and the festive spirit is literally flowing freely on both sides of the bar.

But perhaps not many enjoying a December night out in their favourite venues will spare a thought for the staff that have to work extra hard to make the festive season what it is in the on-trade.

Kevin Carr, bar manager at Urban Bar & Brasserie in Glasgow, has developed ways to cope with the throngs which pack the city centre outlet while still offering the festive experience customers crave – chiefly through staffing up and getting seasonal cocktails on the go.

“December is obviously a very special case for bars,” he said.

“For us, it’s the sheer volume of people that come in together so generally through the year if people come in in groups it’s five, six or seven people.

“In December, you can get groups of 40 which makes a difference from a service point of view.

“Apart from the war paint and digging trenches behind the bar, I obviously put more staff on. I’m quite strict throughout the year with staffing, just to keep our costs down, but in December there’s an element of throwing everything at it. We try and put more people behind the bar and also on the floor to take some of the flak off the bar.

And simplifying the bar’s spirits section helps Kevin keep track of stock over the busy spell too.

“I’ll slim down on the back–bar because I can’t go through an order every week and order 80 different bottles of things,” he said.

“I’ll usually focus on 20 brands from each category. We have a lot of gins and whiskies and these are trimmed a little because of how difficult it is to keep count of stock when you have so many bottles in.”

In terms of festive cocktails, this year Kevin and his team have come up with eleven serves that deliver on both the key flavours and spirits that customers are looking for in December.
“They are all very cleverly named such as Getting Blitzen,” said Kevin. “We’ll be doing a Jack and Sally cocktail in a nod to Nightmare before Christmas. This is a nice gin cocktail with spiced pumpkin, charcoal and chilli syrup.

“As well as this, we’ll do various takes on the Espresso Martini and a Christmas in Cancun – I find that if our menus are a little weighted in the Christmas [flavour] direction it’s good to offer a cocktail aside from that so this will have watermelon tequila, orange liqueur, kaffir lime, etc. to create a fresh, easy drinking serve.”

One mile to the west, staff at The Kelvingrove Cafe in Finnieston have been busy preparing for the predicted end of year onslaught.

The bar’s Kesia McHardy said the team is looking to take advantage of the “huge demand” for festive serves with its new drinks menu.

“We’ll have a section just for hot drinks, including mulled wine, cider, a hot buttered rum and a luxurious hot chocolate with rum in it,” she said.

Despite the added stress brought by the final month of the year, Kesia enjoys the madness.
“I quite like the Christmas period, I’m a Christmassy person,” she said.

“I enjoy it when its super busy and I’m constantly on my toes. It can be quite draining and sometimes customers aren’t as appreciative of the situation as they might be.

“I think the best thing to do is have a good work/life balance and don’t rip it 100% of the time but, saying that, I’ve probably jinxed myself now.” 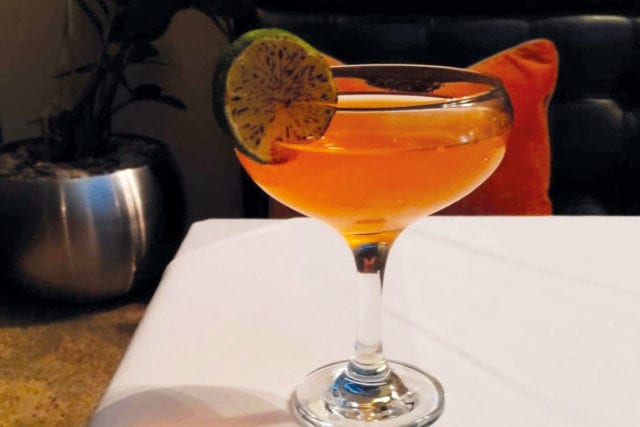 Method: add all ingredients to shaker, add ice and shake. Double strain into a coupe glass. Garnish with a scorched lime wheel. 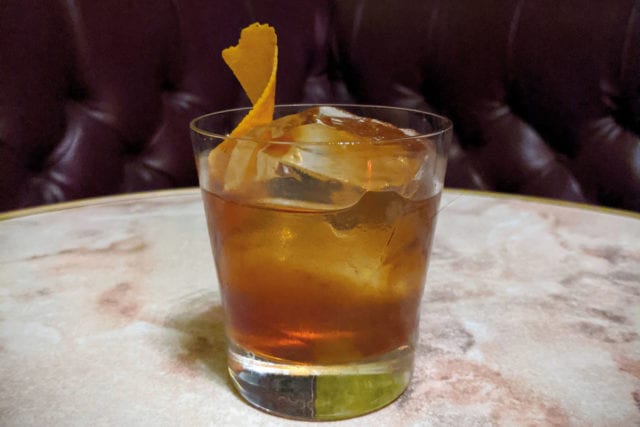 Far from the Tree

Method: add all ingredients to a mixing glass and stir. Add a block of ice to a rocks glass and pour. Garnish with an orange peel. 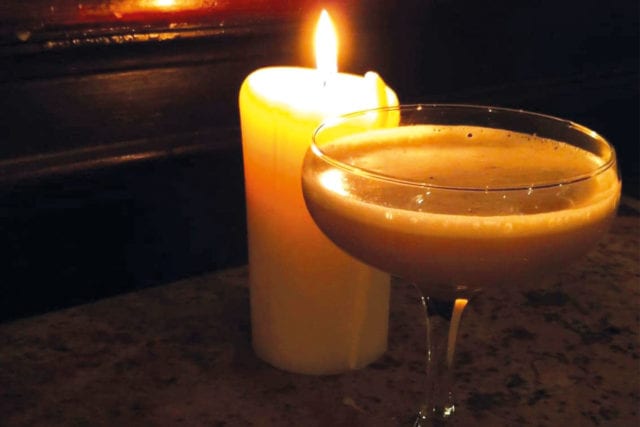 Method: add all ingredients to shaker, add ice and shake hard, then double strain into a coupe glass. Finish with a garnish of grated nutmeg.