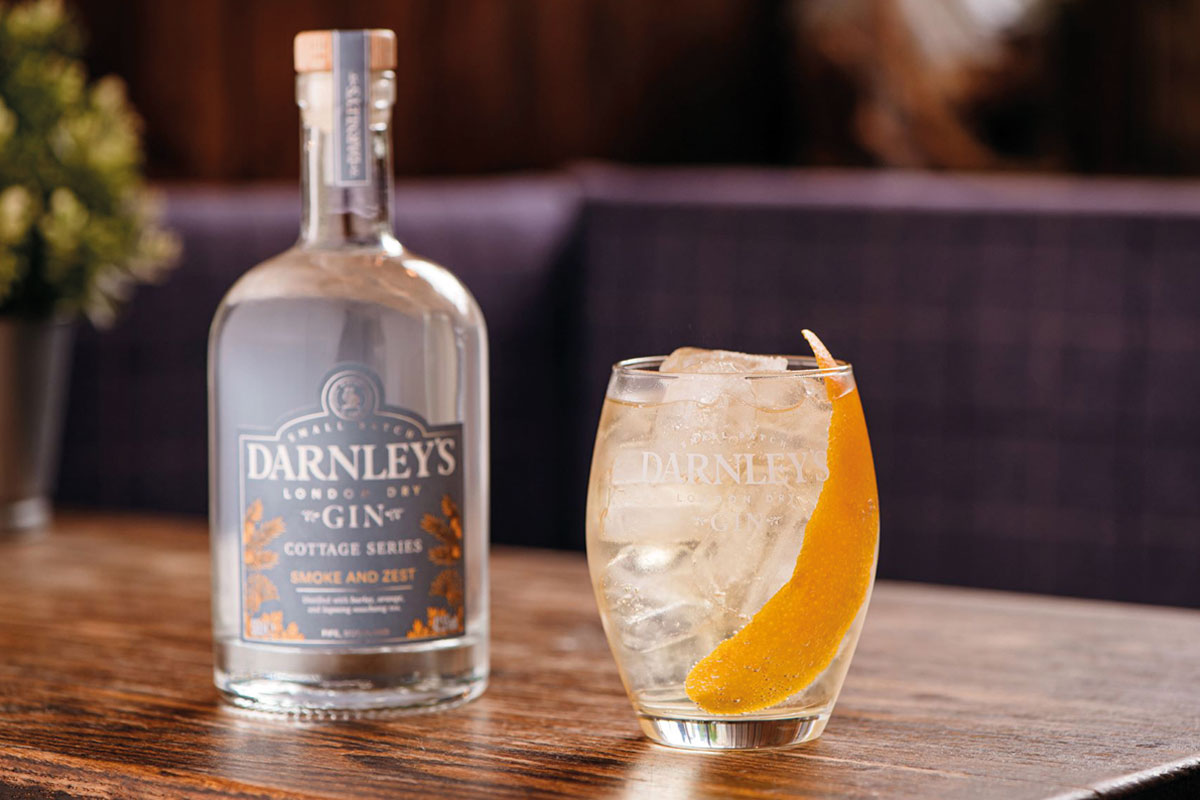 A SMOKY flavour has been imbued into the latest release from Darnley’s Gin through some experimentation and collaboration with its sister whisky distillery.

Smoke and Zest is the result of Darnley distiller Scott Gowans’ experimentation – in partnership with the team at neighbouring Kingbarns Distillery – both of which are owned by Wemyss Family Spirits.

The new gin is made with locally-grown malted barley that has been smoked over pine wood chips before the introduction of Lapsang Souchong tea – which is also smoked – to add a second layer of flavour, alongside menthol notes.

Other botanicals used in the 42.5% ABV expression include orange peel, citrus zest and coriander.

The release, which is limited to 2400 50cl bottles, marks the second addition to the distiller’s Cottage Series range.

Said to mix well with tonic water and ginger ale, the expression could also be utilised to create a Smoky Negroni, according to Wemyss Family Spirits.

Scott Gowans said: “Creating a smoky gin has been an exciting development project and for this second Cottage Series release, I was again inspired by botanicals found around the distillery.

“Orange peel and rowanberry were the starting point for Smoke and Zest; the latter is also known as mountain ash, so it inspired me to explore matching the zesty citrus with smoke notes.

“This finished gin is unusual, but very approachable and still has juniper at its heart. It’s an amazing marriage of range and zest flavours up front with a malty character and a smoke intensity that grows over time.”