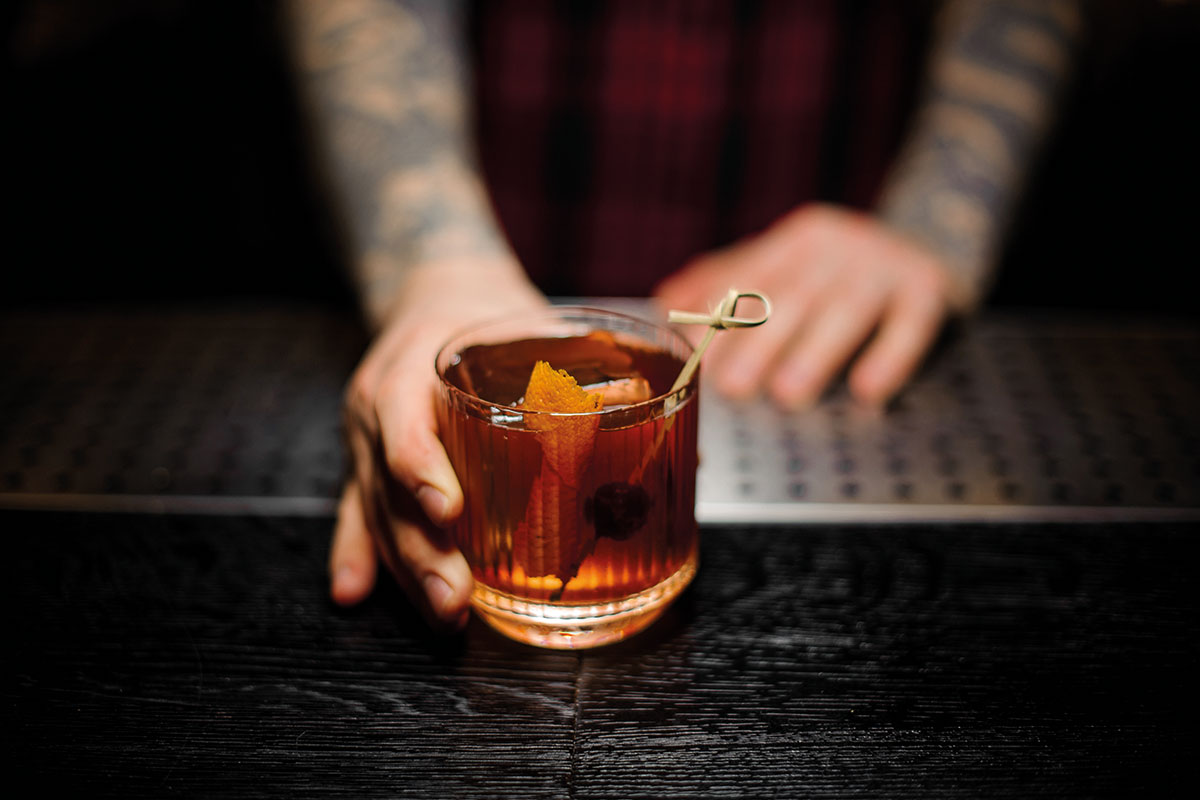 Whether it be Scotch or bourbon, golden or dark rum, brandy or reposado tequila, the popularity of dark spirits is on the rise, as increasingly experimental drinkers start to explore the diverse world of flavour that the categories offer.

And more could be set to join the spirits’ legions of connoisseurs, according to Moira Swan, drinks buyer at supplier Inverarity Morton.

She said: “Malt whiskies and golden/spiced rums are driving sales and innovation at the moment, with flavoured rum in particular up 15%.

“The expansion of this subcategory with new flavours, such as raspberry and ginger, may well encourage consumers to move from flavoured gins to flavoured rums.”

Kirstie Yates, channel marketing director – on-trade, at Jack Daniel’s reckons whiskey from across the pond has had a big part to play in the recent renaissance of the wider dark spirits categories.

“American whiskey has been performing well in major cities across Scotland, as they have booming cocktail scenes,” she said.

“Its versatility lends itself perfectly to experimentation in cocktails, and bartenders have been reviving classic cocktails in addition to creating new ones, putting American whiskey back in to focus.”

“Exciting cocktails for the experimental and premium sipping options served simply for the connoisseur are key.”

In order to capitalise on the growing prominence of the drinks, and dark/golden rums in particular, Metinee Kongsrivilai, Bacardi Rum’s UK brand ambassador, said operators should look to offer their customers greater choice and better quality on the back-bar to keep them coming back for more.

She said: “The back-bar and menu are vital visual clues that can help maximise the opportunity. Both should act like a catalogue of the products that you want to sell.

“Showcasing a diverse selection of cocktails is also a great way to draw people’s attention to dark and golden rums. Operators should look to use premium rums that elevate their serves.”

For operators looking to expand their rum offering, Ellie Jones, marketing manager at Love Drinks, which counts Goslings and El Dorado rums within its portfolio, said licensees need to “try to provide a rum mix of origins, styles and ages”.

She said: “Some rums are better for sipping, others for long drinks or cocktails so it’s important you work out what you think your customers want from their rum drinks.

“Once you’ve selected your range, make sure you promote it.

When it comes to how to serve dark spirits, a range of longer, and lower ABV, serves alongside classic cocktails are backed to shine this summer.

Patrón Tequila’s UK brand ambassador, Karine Tillard, said: “With the warmer months approaching, we tend to notice an increase in demand for long drinks across outlets. This demand is always a great opportunity to capitalise upon and increase sales.”

“Low-ABV cocktails continue to perform well in bars up and down the country, so bartenders should consider this when using dark spirits this summer,” he said.

“In my opinion, one of the best examples of this is the highball. Mixing whisky with soda creates a delicious, refreshing drink that has all of the flavour without all of the alcohol.

“We cannot ignore the classic cocktail, the Old Fashioned, when discussing popular cocktails with dark spirits.

“This serve truly showcases the spirit, with the addition of sugar and bitters served over ice and garnished with an orange twist.”

Method: fill a wine glass with ice and layer in Maker’s Mark, Aperol and syrup. Top the glass with Prosecco and stir. Squeeze in orange slice.

Method: build long over cubed ice. Garnish with a squeeze of lime and a lime slice.