A modern barbecue offer can keep tills ringing throughout the summer 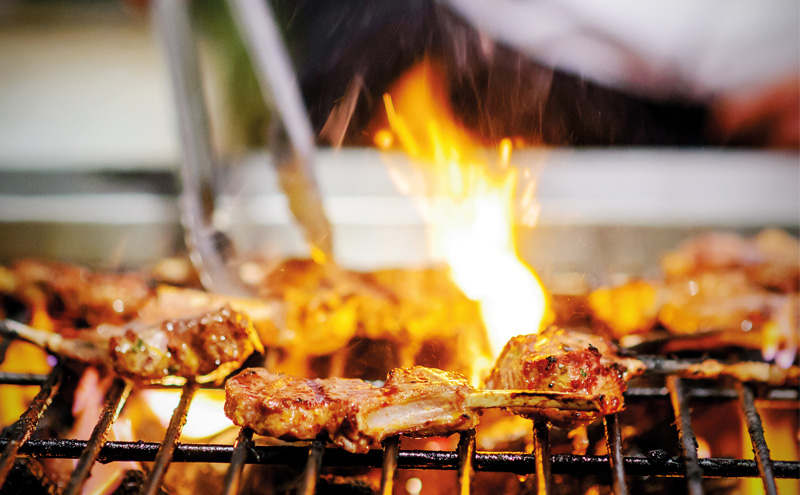 THERE are few things more quintessential of a British summer than a barbecue accompanied by one or two refreshments.

And licensees, who wish to gain an edge on their competitors this summer, have been advised by firms to bring the popular, and potentially lucrative, art of grilling to their outlets with aplomb.

“Barbecues may not previously have been seen as an essential item, but outdoor eating is a growing area of the market and operators should be taking the opportunities for extra revenue that barbecues can provide seriously,” said Ray Hall, managing director of catering equipment supplier RH Hall.

“Few can resist the smell of a barbecue on a summer afternoon and caterers can offer a simple barbecue menu without a great deal of expense or planning, providing they have the right equipment in place.”

“Al fresco dining has become more and more popular as establishments look to utilise unused outdoor space to enhance their offer and, at the same time, increase revenue,” he said.

Perhaps the most elementary consideration when planning a commercial barbecue food offer is what to cook.

Though the age-old staples have their established place, Mark Teed, Star Pubs & Bars’ head of food, said licensees who take into account current food trends and provide a better selection of options will be well-placed for success.

He said: “Gone are the days of throwing a burger, sausage or steak on the barbecue; modern barbecue includes a vast range of flavours, cooking styles, meats and cuts and pubs wanting to stand out and have the commercial edge need to embrace this.

“Korean barbecue is now mainstream combining a fusion of sweet, salty, smoky and fermented flavours. Japanese is more prominent and Filipino and Indonesian cuisine is also on the up.

However, it isn’t just the meat on offer that can be improved upon, said suppliers, who advocated a comprehensive and quality approach to barbecue menus.

Mohammed Essa, commercial director at specialist potato supplier Aviko, said: “When it comes to barbecues, operators tend to focus their attention on how they can differentiate the meat or toppings, but what they often don’t consider is the huge opportunity there is to generate extra sales by offering alternative sides too.

“While fries are the traditional accompaniment to barbecued meat, diners expect to be able to upgrade their sides meaning operators can maximise profits by offering a more premium option.”

A better standard of burger bun could also give sales a lift, according to Lantmännen Unibake’s marketing manager, Kate Sykes.

She said: “It’s essential when considering a BBQ menu to think about the carrier; on average 69% of a burger is bun, making it an integral part of the eating experience.

“With such a large proportion of the burger being the bun, it is no surprise that a majority of consumers agree that a high quality bun is a key characteristic of a gourmet burger.

“It’s also a profitable opportunity for outlets as consumers are willing to pay up to £1.25 more for their burger to come in a gourmet bun.”

It’s also worth bearing in mind that a sizable minority of people are abstaining from, or looking to reduce, consumption of animal products.

“Veganism is the leading trend of 2019 that all operators need to be mindful of and integrate into their whole offering, including barbecue menus,” said Adrian Brown, managing director of Cofresco Foodservice.

“With over 3.5 million people in the UK now following a vegan diet, creating outstanding plant-based barbecue dishes will be key to delighting consumers.

“From using jackfruit to create vegan pulled-pork, to producing meat-free steaks with seitan, vegan barbecuing will be a way for chefs to show their creativity and flair.”

And new barbecuing trends from the far east aren’t just affecting what is cooked reckons Alex Shannon, Sous Vide Tools’ managing director, but also what the food is cooked on.

He said: “We are seeing a rise in the use of Japanese Konro barbecues. These small, tabletop barbecues use charcoal which burns at a lower temperature than ordinary charcoal.

“As a result it doesn’t taint the food and seals in natural flavours.”

Before any barbecue grill is purchased for a commercial environment, licensees should avoid the mistake of “buying cheap”, according to Karen Swift, marketing director at Cinders Barbecues.

She said: “The payback may not be that which you imagine as the food quality may be poor and service may be slow, preventing optimum revenue generation.”

Roll with it this summer