With mixology in vogue, the traditional serve has a lot to offer bars 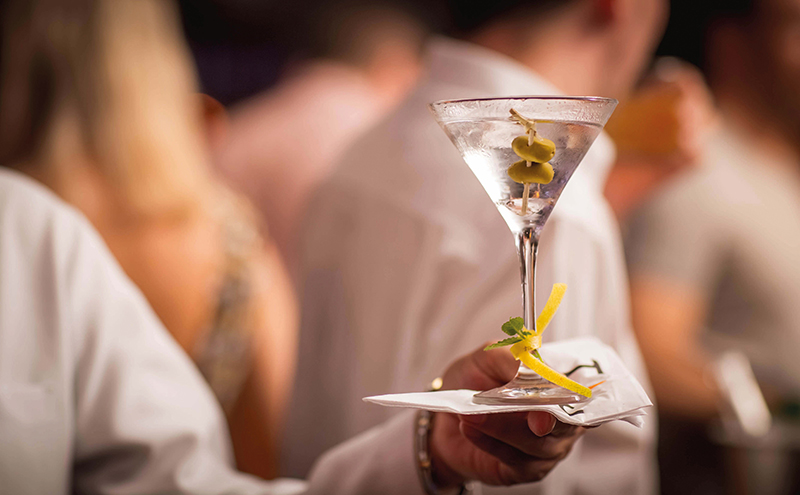 FEW cocktails have stood the test of time like the Martini. While its exact origins remain unclear, it’s thought to date back to some time in the 19th century.

And as many serves have come and gone over the years, the Martini remains a well-respected classic which continues to prove popular in Scotland’s pubs and bars.

That was the message from gin firms, who told SLTN that the stalwart serve still has plenty to offer operators.

“The Martini is such an iconic drink and like many others, its origins are shrouded in mystery – but we know people have been enjoying this since the late 1800s.”

Describing it as “a crisp, cool cocktail”, Sim said the Martini, which can be made with vodka or gin and vermouth, is “an excellent way to enjoy a supreme quality gin” which “showcases all its flavours in a refreshingly different way”.

Echoing this view, Jasper Daly of Eden Mill reckons, at its heart, the Martini’s simplicity and versatility are the main reasons it’s ascended to classic cocktail status.

“While traditional Martinis are a mixture of gin and vermouth, over the decades variations have included liquors, other alcohols, juices, syrups, ice, or even fire,” he said.

“In the on-trade, the Martini is as popular as ever. It’s a staple of any well-curated cocktail menu.

“Through the decades, the variations of ingredients and flavour profiles have epitomised the tastes of the times.”

Sim of Edinburgh Gin reinforced this stance, stating that, as he expects a “resurgence” in both the classic cocktail and the white spirit category, “the Martini will become ever-more popular”.

But what makes a good Martini? Firstly, Daly of Eden Mill reckons operators must be aware of the most common variations that customers are likely to ask for at the bar.

“Traditionally, the variation in a Martini comes from the amount or type of vermouth added to the gin,” he explained.

The Martini is such an iconic drink and, like many others, its origins are shrouded in mystery.

“However, there are as many modernised twists on the basic recipe as there are bars who serve them.

“Good cocktail lists are generally well-curated, tested, and the Martinis found in them are representations of the bar and bartenders.”

Ultimately, a good Martini relies on a couple of different things, said Sim of Edinburgh Gin, “most crucial of these is ensuring you’re using a supreme quality gin and a great quality vermouth to match”.

“There’s nowhere to hide in this drink; it’s all about the simplicity of the serve, so making sure your spirits are top-notch is vital,” he added.

Daly of Eden Mill agreed, adding that a great Martini “relies on quality ingredients, balance and simplicity”, which “allows the aroma and flavour of these ingredients to be the hero of the drink”.

“If other ingredients are included, they should be used to highlight or play with flavours that are found in the base alcohol – and not mask them,” said Daly.

It’s also vital that bartenders don’t neglect the finishing touches when it comes to serving a good Martini, according to Sim of Edinburgh Gin, who said that garnishes “are always extremely important, but especially so in such a classic, clean cocktail”.

“There’s real elegance in its simplicity – so ensuring garnishes are always fresh, whether that’s a twist of lemon or a nice plump olive – can make all the difference,” he said.

Daly of Eden Mill said the right garnish “can add an aroma to a cocktail”, adding that “as we consume a drink visually before the nose or palate are engaged, the better a cocktail looks, the better it will taste”.

Method: pour the gin, vermouth and bitters into an ice-filled cocktail shaker. Shake for 15 seconds before pouring into a chilled Martini glass. Garnish with a fresh fennel frond.

“Edinburgh Gin 1670’s peppery notes suit classic drinks, such as the RGBE Martini, made with lemon bitters and fresh fennel.”