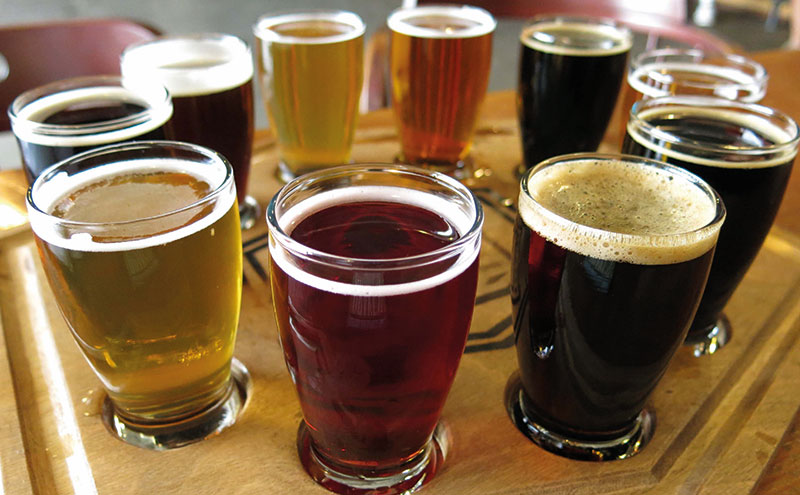 KEEPING up with the latest trends in the beer sector can prove challenging at the best of times. But figures from online ordering and distribution firm, EeBria Trade, aim to shed some light on what is – and isn’t – proving popular.

The firm, which sold over 3385 products from more than 400 breweries last year, has crunched its 2017 sales numbers to identify new and emerging trends in the beer scene.

And it seems pale ales and IPAs remain king, with EeBria Trade saying both styles saw a 5% uplift in sales over 2017 to reach a total of 60% of the firm’s overall sales.

There has been a significant shift in purchasing, showing a maturation of the market.

Beyond its own sales, the distributor said there has been a “significant shift” in purchasing, which it reckons is an indicator of continuing consumer demand to keep up with ever-changing beer styles. For instance, demand is said to be growing for higher strength beers; over 11% of total craft beer sales in 2017 were of beers with an ABV of 7% or more, up from 5.3% of total sales in 2016.

The sale of double IPAs is another trend to consider, according to the distributor, which revealed its sales of double IPAs have almost doubled from 4.3% to 7.3% in the last 12 months.

There is a desire from consumers to keep up with new and exciting beers.

It’s not the only sub-category to see significant sales growth.

Sour beer is said to be amongst the ‘challenging’ styles that are seeing increasing demand from consumers; EeBria Trade saw sour beer sales almost double from 3.4% to 6.4% within the year.

Additionally, a sales jump from 1.2% to 3.3% has signalled steady growth for darker beers, most notable of which is said to be Imperial Stouts.

Conversely, some categories have seen sales dip in the last year.

EeBria Trade found that demand for ‘traditional’ beer is waning, with golden, brown, red and amber ales as well as milds and bitters said to have seen their sales share drop by almost half (14.2% to 7.6%).

Sour beer styles are on the up, with sales having nearly doubled in one year – rising from 3.4% to 6.4%.

The sales share for ‘traditional’ beers, including golden and brown ales, is down from 14.2% to 7.6%.