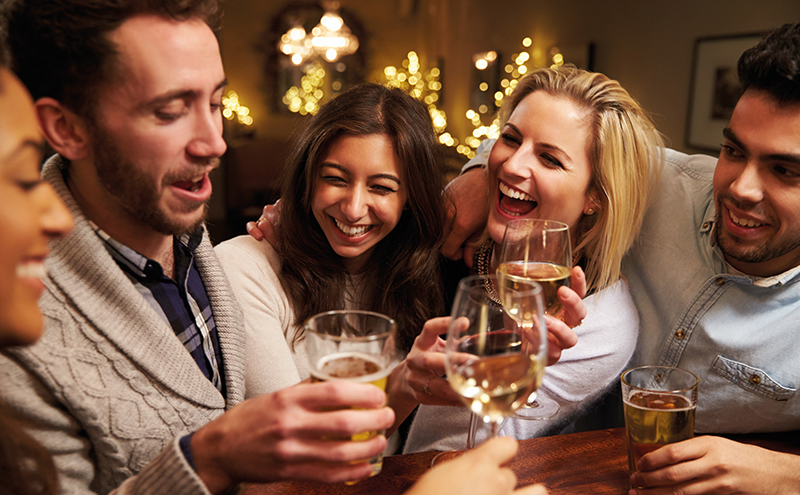 CONSUMERS in the on-trade are likely to spend an extra £562 million on drinks this Christmas, according to statistics from CGA.

Although consumer confidence is still said to be shaky, festive out-of-home food and drink sales are expected to mirror those of last year when fewer people went out, (CGA’s figures reported a dip of 4% from the previous year), but those that did spent more.

Sales lifts in 2016 were noticed primarily in drinks, with the value of sales up 4.4% from 2015, while the value of food sales fell marginally by 0.7%. CGA data shows that operators who attract a festive crowd benefit from a higher consumer spend over the month of December, with the average spend on a normal social occasion sitting at £44.70, compared to £56.02 for a special occasion.

The research showed that spirits remain consumers’ favourite Christmas tipple, accounting for 18.9% of total serves, an increase of almost 4% against an average four-week period; over a third of people (36%) were willing to pay more for a better quality drink than they would normally choose, according to CGA.